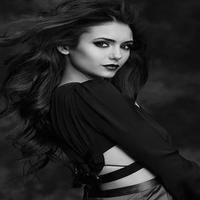 Tatianna, or Tati for short, comes from a world existing parallel to Earth called Atemnity. This world is one, even more, full of magic and while on that world she has a power known as Persuasion. However, after certain events she chooses not to disclose, she decided to journey to Earth and explore. Once on this world she discovered her power for persuasion seemed to change and the magic within her awakened. She recently turned 21 years of age (although by Earth terms she would be 28), and by certain ways and means found her way to Hogwarts to study the magic of this world.

Wand:
Wood- Cedar- evidently this tells of the strength of my character and my rather unusual brand of loyalty. It also apparently indicates I would be a frightening adversary, something I do agree with.

Core: Dragon Heartstring- Evidently this core is quite powerful, which suits me just fine I do like power. The idea that it learns spells quickly also suits me fine.

Length: 12 1/2" - I gather that this length is reasonably average, which is fine my height is such, even if I am not.

Flexibility: Reasonably Supple - I take this ti indicate that it recognizes my ability to bend where necessary to get a task done.
Followers (19)