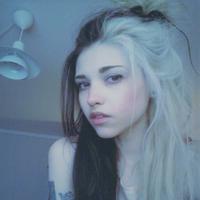 -----------------------
(Under construction)
<><><><><>
Hello,
My name is Shai L. D’thurnni
I'm from a long line of northern pure bloods, who sailed to Alaska during a great war. Making me half Russian and half Alaskan.
I had no need to attend a school, since homeschooling was a common practice in my family. But my father insisted the interactions would be beneficial. So, understandably, he enrolled me and my siblings. Into Hogwarts.
Why not Ilvermorny? Or Koldovstoretz from the motherland. Hogwarts of all the schools. Sure, I've heard good things but… Well, I'm getting off task. (And I don't want to offend the prefects-)
According to the Sorting Hat an independent and strong willed nature earned me a slot in Slytherin. But as I’ve noticed, it could be a family trait. So far, we’re all in Slytherin.
If you’re trying to find me outside of my dorm, check the forest or perhaps the lake. I like to spend quite a bit of time swimming there and exploring its mysteries.
You may hear me playing the guqin, as it echoes beautiful down the corridor. My cat very much enjoys it. He goes by Crescent. A shadow of a personality he has, but I do love him.
I’m open to conversation, but I have many secrets. They may not be what you’d expect. However; if you’re trying to become my friend, id recommend chocolate or that mixture of true magic the muggles call chili mac. God I’d nut over a bowl of chili mac right about now.. anyways.
See you around,
Lunis~
———<>———
(CHARACTER)
Name: Shai Lunnoir D’thurnni
NN: none known
Relationship: single

Description/Profile:
Female
Semi-tall (5’ 8’’)
Slender hourglass figure
Long, thick, and slightly wavy, half white/half black hair.
Pale skin
Light freckles across her nose.
Icy blue eyes with flecks of purple around the pupil and outer iris, large almond shaped.
Small, slightly upturned and pointed nose.
Lower lip is slightly fuller than top lip, naturally pink.
Has a peculiar but well hidden tattoo from her shoulder down the side of her back, in all black.

Other: When overly cold, her appendages(legs, arms, nose, etc) turn purple-ish or blue instead of red. And may wake up with her tongue tinted in blue(due to medical issues, low blood circulation)

Pets: well I have many in general, so I will do my personal ones, Nala(Python), Knight(Siberian Husky), Bebe(mouse)