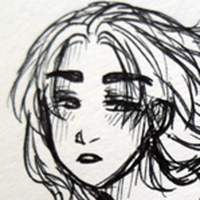 An art student with ridiculously varied hobbies. Hit me up if you need poetry about the sky, beta-reading for your writing, or a burning-hot rant.
Followers (2)  Following (0)  Friends (0)

Despite having descended from two considerably-ancient pureblood lines, I somehow managed to skip a generation of snobbishness, perhaps due to having been raised by my widowed down-to-earth mother. I retain an occasional sharp tongue and sharper wit, and the habit of trying to make people do exactly as I want with very subtle ways of manipulation, but I have a soft side to me. Many are confused to find me in Slytherin instead of any other house. I don't hold to any house stereotypes very seriously, but I'm quite competitive and that can bring out the worst in me. Most days though? I just want to live consistently and contentedly, and wish for others to do the same. Even the people I hate. Although in their case, I'd love for them to live their happily ever afters far FAR away from me, where I never have to hear of them again.
I love reading people, I love understanding them. When I start making my own way to that happy end, I think I might become a painter of magically-sentient portraits, to read and translate the very essence of a person into that magical blend of mediums.
Accio Profile Posts...