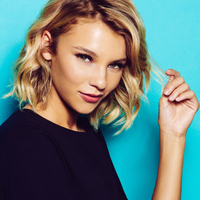 Biography:
As the only child of a university professor and his wife, Cassandra was surrounded with books from the moment she was born. Yet her parents were not people to encourage any belief in supernatural phenomena, and are still critical about magic to this very day - which is why her Hogwarts letter was the biggest surprise that she has ever received.

From when she was very young, Cassandra’s education was planned out. She was to attend a private nursery and primary school, to attend Eton as soon as she was old enough, and to qualify for a place at either Oxford or Cambridge, depending on which of her parents you asked. And up until her eleventh birthday, that appeared to be the way that her education would proceed - she passed all her primary classes with high marks, and was set to attend Eton in autumn when her letter arrived. To her parents’ disappointment, these mundane plans were abandoned in favour of her going to Hogwarts. Her study habits didn’t change much, and she was most disappointed to learn that she wouldn’t be allowed to sneak into elective classes already as a first year. There was so much to learn, and she wanted to hear about it all! More to appease her parents than for any other reasons, she continued her muggle education as well, though she was often heard grumbling about how those hours of pouring over tests could be spend much better by simply reading about magic. Yet she dutifully completed everything she needed, attaining GCSEs in addition to OWLs and NEWTs.

After graduating from Hogwarts, Cassandra was at a loss what to do. Interested in many things, she didn’t want to settle down directly - yet going for a year-long trip and exploring the world seemed like a useless thing to do. In the end, she decided to enrol in a muggle university, while working on research to complete a Charms mastery. While she was originally planning to work as a researcher (both magical and non-magical), her first job as a muggle researcher bored her, and she resigned within a couple of months. While everyone was telling her that she was stupid, she didn’t want to be unlucky in her job, just because it was prestigious. She decided to follow her heart, and to do what she loved: Teaching. Due to her parents’ reactions on that choice alone, she didn’t dare applying for a job at a magical school at first, staying in the muggle world and collecting first experiences on what it meant to be a teacher. Simultaneously, she kept researching experimental charms, trying to complete a project while working on new ideas. She would have never thought that she would ever want to move on from that job, until she heard about an opening at her alma mater, Hogwarts. Deciding to at least try to get the job, she sent an application to the headmistress, and now finally rejoins the magical world completely.