Ask and I'll follow you back. Elladriel is the love of my life.

N.b I know I have the comments off for my post for people I follow but you can post on my wall. I don't bite.... hard.

♤Sad guy with a twisted mind and a beautiful daughter♤

Jake came into the world on May 22nd, 2001. This birth was highly unnatural as Jake was cut from his mother's womb and sent to his father's doorsteps a few days later. His father's wife took him in and cares for him, she didn't know her husband committed adultery and she was taking care of his blood child.
♤
During the earlier years of his child hood he grew up moving from place to place with his family: Katherine Greyback(mother), Gabe Greyback(father), Chris and Kat (twin older siblings). He never really found out why they were running, being told they were magician who toured the world was their only explanation.
♤
One night, the family was ambushed by a werewolf pack, killing their father, Gabe. This led the mother to a depressing state causing her to vanish for a few days, leaving her children before coming back and completely ignoring them. The three ran away and left their mother to whither away into nothing. They ran and filled their tummies with help from kind hearts and begging.
♤
A woman became fond of Jake's sister and kept them in her home for around half a decade before she passed away, where they met Aaliyah, her daughter, a muggle, who knew of their abilities. The old lady didn't like her daughter much and called her the devil's spawn, leaving her riches to Kat.
Using this money, Kat then got to the age where she was treated as a young lady and she built a house outside of the castle, miles away, after being invited there. She thought it would be better and safer for her family to be in a place isolated from muggles.
♤
When Jake was ready for school, his sister thought it would be best to send him to Durmstrang Institute. He stayed there for about four years before they found out he was to be the next pack Leader of the Vinderi tribe. Jake was never a Vinderian but it was his duty. Jake fell in love with an older woman and she broke his heart, which at that time led him to try to commit suicide. He survived the fall and was later brought to live with his siblings, Chris and Kat. He went to Hogwarts for a while before leaving upon being summoned by his Grandfather, Jason, the Alpha of the Vinderi tribe.
♤
Jake faced many obstacles when he lived with Jason, something definitely happened there and it changed Jake in many ways. After he brought out the Alpha within him, he was asked to stay at Jason's side until he died to take over. His siblings thought they'd seen the last off him until he showed up, almost unrecognizable. Chris something occurred at that but he didn't bother to ask, Kat was just glad he was home.
♤Present
Jake has a bad temper and he definitely holds grudges, he only kills when he's pissed off but likes to play with his "food" when he's not. Beneath being a sadistic man-eater, Jake has a piece of his innocence left, one which reminds him he could still live a normal life. He can show remorse but this happens quite rarely.
♤ Love interest:
Currently; Jake has had an off-on again relationship with Eladriyel Světlo because of certain events.

(Narcissist ? I think not) 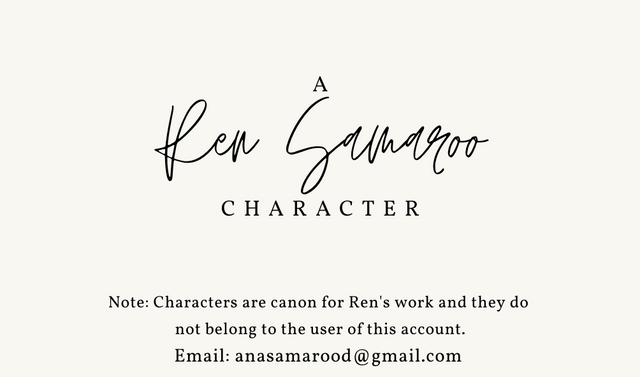