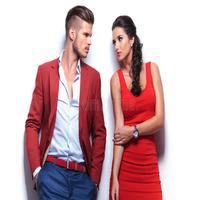 Hey there, I am Aurora/Derek Pennywinkle, depending on the situation. Love to RP and willing to help with class assignments. See ya soon!
Followers (384)  Following (57)  Friends (30)

Hello! I have been on a very long hiatus. I apologize to those who have stopped by for advice, RPs, or help and I haven't been here. A lot has happened in nearly three years, but I'm glad to be back! I can't wait to start making connections again. Let's chat and it's very nice to meet you!

I was accepted into Hogwarts at age 11. My name is Aurora. I am a pureblood and want to be an auror like my father, with the ability to be a curse-breaker for Gringotts. I've had a foot in both the wizarding and muggle worlds since I was little, though, so blood status doesn't matter much to me. My father is an auror and work for the Ministry of Magic and my mother is a herbologist and potioneer. This is my first year (8/25/17) at Hogwarts.
I am really interested in Charms, Defense Against the Dark Arts, and Care of Magical Creatures.

=================================
Derek: I am a pureblood, both of my parents were in Gryffindor. I was sorted into Gryffindor as well and excelled from my first year. I am a seventh-year, a Seeker on the Quidditch team, and a prefect. I have Special Independent studies with magical creatures and herbology, with a side interest on Charms.
Parents died when I was young, I have an older sister Lydia, and Uncle Rowan in Romania who raised me.I would like to follow in my uncles footsteps and be a dragonologist.

(6th or 7th year in school, can be other ages depending on RP)
6'2", athletic/toned build, long auburn hair that ties into a ponytail (braided most of the time), green eyes.
most common outfit is blue jeans, black boots, white shirt, black leather jacket