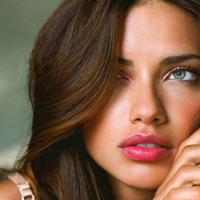 I am bound by fear and driven by an unhealthy and unrealistic hope for happiness.
Followers (13)  Following (33)  Friends (9)

My name is Diana Pierderi, which, I've been told, is Russian for "Sorrow." Whatever reason my mother had for giving me a surname with such negative connotations, I will never know. Maybe it was my father's last name. No, I'm lying. It's definitely my father's last name. But that's life, isn't it? The inability to fully comprehend that which you were not around to hear or see or know.

That got...Anyway, I'm eighteen years old, and I had absolutely no knowledge of magic before the age of...around six years old. Six, was it? Yeah...definitely six.

See, when I was six years old, I met my father. I hadn't had the slightest clue who he was or where he'd been for the first six years of my life, and you could say I was slightly hostile toward him in the beginning. A hostility that's faded only slightly. Apparently, I got my looks from him, both the green eyes that always seem to see far too much for their own good, and the voluminous black hair that falls in waves to the middle of my back. But I'd give anything to just have something that belonged to my mother. Because I've got...nothing.

Anyhow, I figured that meeting my father for the first time would be- for lack of a better word- magical. And, in a way, it was. Just...not in the way I'd been expecting.

My father...I've never actually had to explain this to anyone before, because, honestly, who would believe a hyperactive child with a bit of-alright- a very active imagination? No one in their right mind, right?

But I feel like this time will be different. Maybe this time someone will actually listen. My father was a wizard. You know, one of the wand-waving, broom-riding, save the world type wizards. Only, he didn't do much world-saving. He's also told me he was one of the best of his year, which I somehow do not believe.

But since meeting him, I'd begun to notice certain things. Things like the way the teapot steams when there is no fire underneath it. That only happens when I'm really angry. And I've only ever gotten really angry once. I swear it.

One of the most memorable moments I have stored in my mind, though, was when I shattered my mirror. Which sounds far more violent than it was. I remember it all so clearly. I'd be scared, whether from the wind that tore ferociously at the trees outside, the rain that pattered endlessly on the roof of the house, or the boom of the thunder outside my window, I have no idea. Maybe it was a combination of all three. But after one particularly loud boom, I had jerked upright in bed, screaming as my mirror turned into a dozen little trinkets on the floor. That was the first (and only) time I fully believed my father.

And I do believe that's all.

NOPE: I LIED.
These are some quotes I feel are extremely fitting for a Ravenclaw. More will be added.

Quote One:
"The mind is its own place, and in itself can make a heaven of hell, a hell of heaven."
-John Milton

Quote Two:
"Knowledge is a weapon. I intend to be formidably armed."
-Anonymous

Quote Three:
"Mastering others is a strength. Mastering yourself is true power."
-Lao Tzu

Quote Four:
"A man of genius makes no mistakes. His errors are volitional and are the portals of discovery."
-James Joyce
Followers (13)