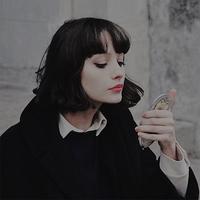 The house that I had been sorted into was Slytherin, I completely understand why the Sorting Hat had sorted me into this house as I became ambitious and cunning, but I also held the traits of a Hufflepuff. It did take a long time to get the sorting hat to put me in Slytherin, but he was sure that Slytherin would be best for me. The class that I loved the most was DADA (Defense Against The Dark Arts) and Care of Magical Creature. I wasn't a huge fan of Potions, it was just because of the teacher. I was a half-blood, my mother was a pureblood witch and my father was a muggleborn. My life before Hogwarts was normal, I was in the UK and it was after Voldemort had risen to power. During Hogwarts I had become friends with most people in each year. My greatest strength is knowing what I want and knowing who I love. My greatest weakness is knowing that the people I love are in danger or being alone and the people I love shut me out. During my years at Hogwarts I always wanted to become an Auror, after graduation I got a position for training to become an Auror. I accepted the offer instantly. I find everything about magic facinating as it is unique. I would and always will use magic to help others, wizard or not. During my years at hogwarts I had a kneazle named Midnight, but she sadly died, she was a sweetheart with a beautiful kind personality. She could sense when someone was upto something.
Accio Profile Posts...