Hello students!  Judging by your faces, I can see the midterm went well for most of you and the opposite for others.  No matter the results, we still have plenty of the year left for you to excel at and learn more about the mysticism of alchemy!  Speaking of learning, I would like to revisit a topic we have learned about much earlier in your years of alchemical study -- fire.  Why just fire and not the other aspects?  Well let’s find out, shall we? 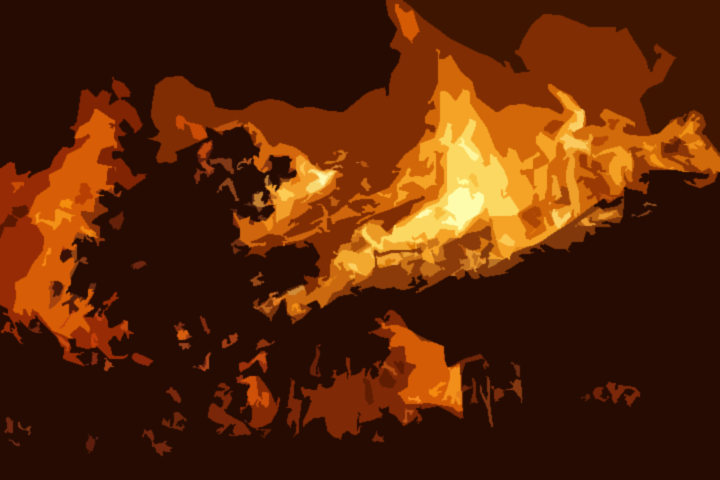 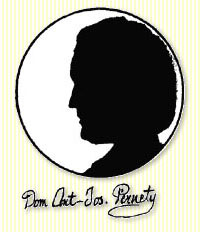 As we all know already, fire is one of the four aspects, along with air, earth, and water.  Although most alchemists treat all four aspects with equal amounts of importance, some revere fire as the most important aspect, singling it out to be the “universal agent of transformation” that makes alchemy possible to begin with.  Alchemical studies on fire started when the science itself was created, however, it wasn’t until the 1600s when alchemists determined that there were different grades of fire. Furthermore, this discovery was pioneered by the French writer, philosopher, and alchemist, Antoine Joseph Pernety, around a century later when he classified four grades of fire: elementary fire, secret fire, central fire, and celestial fire.  Pernety traveled around a lot, particularly going on expeditions to the Falkland Islands, then spending time at Santa Catarina, and at one point became the librarian of Frederick the Great of Prussia. There were times that he served on and off as a monk of the Order of Saint Benedict -- because of this he is sometimes referred to as Dom Pernety -- before founding the secret order Illuminés of Avignon, though some of you may know of it better as a branch of the Illuminati.  Pernety delved heavily into hermeticism and made it his mission to clearly define and draw the line between the four grades of fire.  Before his advancement in this area, there had been others who had attempted to do the same, however, there was little agreement among alchemists until Pernety’s classification.  Pernety’s four grade system provided a compromise between several theories and arguments. The four grades are ordered from material to spiritual, and although Pernety originally intended for them to describe purely hermetic concepts, alchemists in the wizarding world further applied them to practical and magical concepts. 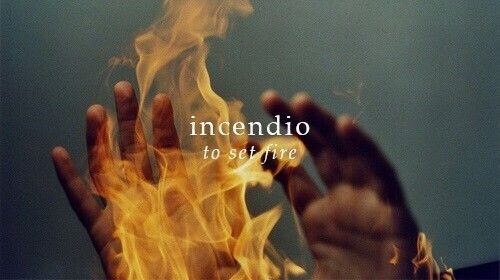 The fire that we are generally the most familiar with is elementary fire, or the “fire of created elements,” as some alchemists call it.  This is your common, mundane fire that can be started by your everyday run-of-the-mill Muggle for fireplaces, cooking, and other purposes.  It’s also the same fire that comes from fire-based spells such as Incendio.  Elementary fire is the lowest of the four grades as it is the fire that manifests on the material plane.  Pernety describes it as impure, thick, corrosive, and ill-smelling. This is external to the alchemist and is easily aligned with the calcination operation.  Alchemists also use this term as an alternative term for a spell (not necessarily a fire-related one) when it leaves the wand and affects the world around us.

Central fire is the middle ground between elementary fire and celestial fire.  Also known as the “fire of creation,” central fire is hidden within matter at its very core.  It’s known to be an invisible, tenacious fire; digesting and mature, yet it wouldn’t burn if touched.  According to Pernety, central fire is created when celestial and elementary fire meet, creating an internal fire that festers in matter.  This fire is the energy that creates the actual transition between phases in the Great Work. In a practical manner, alchemists use central fire to label the physical process that happens when our magic is channeled through our wands and manifests in the form of a specific spell.

The highest grade of fire is celestial fire, a bright white fire that exists purely within the ethereal realm.  It’s said to be the energy that comes from the One Thing and represents divine will.  Pernety mentions that because of where it exists, celestial fire does not have a color or smell, and its gentle presence shines brilliantly without burning.  This can be equated with enlightenment as well. In relation to magic, celestial fire represents a spell’s “instructions,” such as the wand movement and incantation, and the actual action taken by the caster to perform the spell.

The last grade of fire that we are going to talk about is secret fire.  While, like central fire, it is technically somewhere between elementary and celestial fire, secret fire is quite special on its own.  Alchemists rarely speak about it, but they consider it to be the primary fire that their work is based on. This is known as the alchemist’s consciousness.  Without this grade, alchemy -- and possibly magic itself -- would cease to exist. Secret fire is said to be present in all living organisms, though animals possess it in a much higher degree than plants.  Pernety explains that it isn’t similar to the Sun’s fire as secret fire is “interrupted, unequal, and does not penetrate.” If one were to place it in the order of the four grades of fire, more than likely it would be between elementary and central fire.  It doesn’t consume matter like elementary fire, yet it is described to be external and foreign to matter, separating it from central fire.

That being said, what exactly is secret fire?  See, this is a question asked time and time again by alchemists.  While I’m not saying that absolutely no one has figured it out, it has a reputation as being one of the greatest secrets in the field.  Its true nature has been passed down from alchemist to alchemist through allegories in myths and legends. According to Pernety, secret fire is typically symbolized by a weapon of some sort such as a sword, javelin, lance, or even arrows.  He even goes as far as to link it to Greek mythology by proclaiming it was the fire that Prometheus stole from the heavens that Hephaestus used to form Zeus’s throne and thunderbolts. Judging by this description, secret fire can be said to have a direction or evolution and behaves with purpose, much like the weapons used to represent it.

Taking this lead, let’s look at other evidence.  Franz Hartmann, a German alchemist and physician who lived in the nineteenth century, described secret fire in one of his texts as a “serpentine working power in the body of the acetic” and wrote that it is an “electric, fiery, hidden power.”  If you think way back to our discussion of Indian alchemy, I’m sure you may find this description vaguely familiar. That’s right, Hartmann was likening secret fire to the Kundalini! The Kundalini is not only the energy that you can awaken to reach enlightenment, but its energy is resemblant of our life force itself.  In this theory, secret fire, or our own life force, is the most important ingredient an alchemist uses as it’s something that can be accumulated, controlled, and added to whatever experiment they may be conducting. 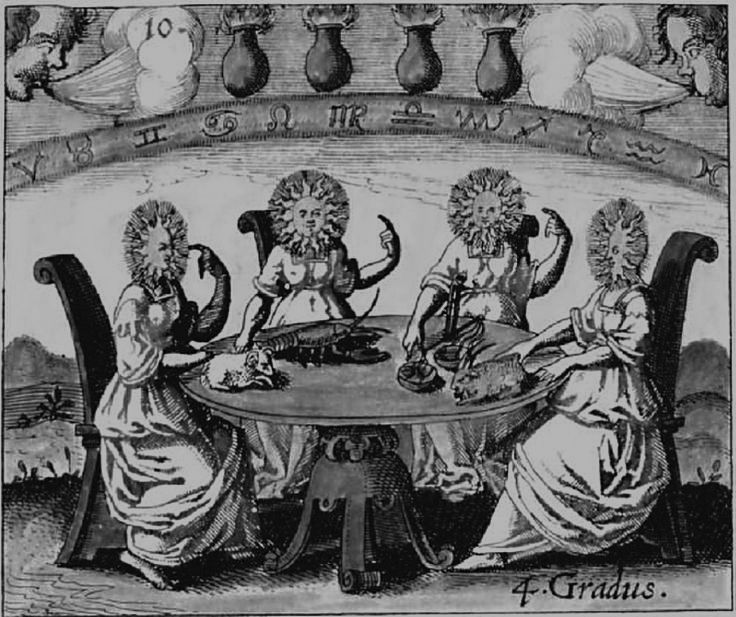 In terms of our magic, it is the raw power of magical ability that runs through our very veins.  However, that isn’t enough to fully encompass it. Secret fire is that magical ability in combination with the intent, willpower, and concentration that we put into not only spells, but every type of magical process.  Think about it, whenever you do any sort of task in your classes at Hogwarts, you adjust the different levels of your will, focus, and intent so that the task will be done correctly. This even goes for anything mundane such as listening to me speak!  Hopefully you are concentrating on what I am saying in order to comprehend this, and if not, I suggest you do something about that if you would like to earn a halfway decent grade on your final. If you intend on reviewing this information later, then you are diligently taking notes, while doodling on your paper indicates alternative intentions.  You also had the will to come to class today, which I will commend you on, however, you may or may not have the willpower to stay awake during class. With all of this being said, this is a current theory that is still being debated in the alchemical field. Yes, even today we are still trying to find the true answer to defining secret fire, and although this explanation seems probable, remember that it is only a theory and there is a chance that it could be proven completely wrong.

That is all I have for today!  I know, it is quite short compared to our other meetings so far this year, however I felt that you could all use a break after the midterm.  Though, I do have something quite interesting in store for next lesson. I know I mentioned that our practical alchemy curriculum is planned for next year, but I felt this needed to be addressed right after our discussion about fire today.  Plus, while I’m sure you’re all devastated to have to take a break from mysticism, our next topic is quite interesting in its own respect.

Anyway, I’m afraid we’ll have to part ways for now.  I do believe I hear a platter of scones calling my name all the way from my office.  Remember to complete your assignments before we meet again. Until next time!

Tales of immortality, artificial life, transmutation, and other unexplained phenomena shroud the study of alchemy in mystery. Can creating synthetic life forms such as homunculi be achieved? What goes into the creation of the Philosopher’s Stone? In Year Six of this course, we will be addressing these mysteries and whether or not they are true to the study of alchemy in the wizarding world. We will also be discussing other traditions and organizations that have influenced alchemy and vice versa.
Course Prerequisites: