Lesson 9) The End of the World as We Know It

Professor Gagarina enters class carrying a large stack of parchment: the final exams.  The walls of the classroom display several distressing images.  However, directly behind the desk is a very large version of a Muggle photograph, displaying two smiling, floating men shaking hands.

There are many beautiful moments in the history of astronomy.  From the ancient civilizations learning to map the Sun and stars, to the creation of the first telescope, to my grandfather’s triumph as the first man in space, or even the discovery of the AME quotient.  There stands out in my mind, however, one even that may have been the most beautiful and important moment in astronomy’s history.

I was born in St Petersburg, Russia but my hometown used to be a part of the Soviet Union, a country that had, until 1991, been in somewhat hostile opposition to the rest of the world.  The enmity between the Soviet Union and the Western world was the driving force behind the “Space Race” which sent my Soviet grandfather into orbit and then made it possible for American astronauts to walk on the Moon.  After the Soviet Union fell, Russia was left in possession of the Mir (Russian: Мир, meaning “peace”) Space Station.  Russia’s space program began inviting astronauts from other countries to join missions to Mir and perform their own experiments.  This global collaboration reached its height on June 29, 1995 when the American Space Shuttle Atlantis docked with the Mir Space Station, and Russian and American astronauts shook hands and joined each other in space exploration. This historic moment would have been unthinkable fifty years earlier, but it was the beginning of successful scientific collaboration in space that has led to the creation of the International Space Station – a place for astronauts from all over the world to conduct experiments and learn more about the world outside our own planet without the boundaries of geography and politics.

A Planet in Crisis

We have never needed scientific cooperation and consensus more than we do now.  Even as humans seek and find new ways to hurt each other, a much larger crisis is brewing.

Air pollution in particular has made life difficult for people and animals all over the world.  Several countries including China and much of Southeast Asia face crippling smog generated by power plants, vehicles, factories, and fires lit to clear land for development.  Seven million people die each year from breathing in noxious fumes.  Chemicals released into the atmosphere have also led to global warming. 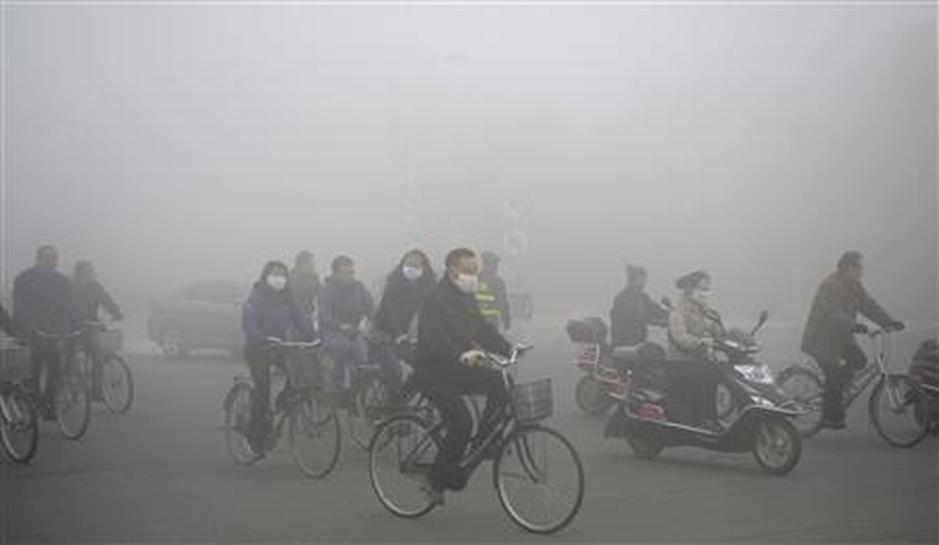 Despite what a handful of people may believe, global warming is a scientific fact.  Though the global temperature has only risen by a few degrees, the change has been dramatic.  Sea levels are rising, glaciers and ice caps, where most fresh water on Earth is stored, are melting, and people and animals are displaced and dying.  Almost a quarter of all human beings on Earth live in coastal regions which will become uninhabitable in less than a century, coral reef ecosystems sensitive to environmental changes are bleaching and dying, while polar bears who rely on sea ice to hunt are finding it hard to catch enough food to survive when there is less ice every year. The fresh water we have available to us is also being misused in many ways.  Rivers such as the Ganges in India are relied upon as a water source for millions, yet sewage and factory refuse is dumped into it with abandon.  Damming and diversion of water sources for use in power supply and mass farming is also causing immense damage to freshwater sources.  The Aral Sea on the Kazakh-Uzbek border is perhaps the greatest example.  In the 1960s the Soviets began diverting the rivers feeding the Aral Sea for irrigation.  Today a bountiful lake has been transformed into a vast desert.  While it took upwards of seven decades for the Aral Sea to disappear, the change was still rapid enough to strand fishing vessels in a sea of sand. 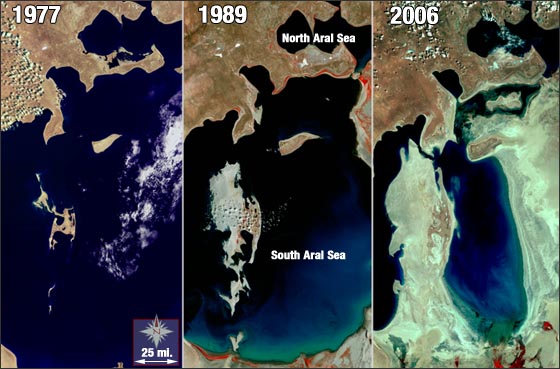 It is also true that for billions of years mass extinctions were common.  For ecological and astronomical reasons many millions of animals have died, as evidenced by fossils recovered by archaeologists.  Today, however, we are facing the extinction of many species because of human, rather than natural, causes.  Whether it is the hunting of beasts for sport, be they erumpent or elephant, or the demolition of natural habitat to make way for human civilization, the extinction of species today is unprecedented in Earth’s 4.5 billion year history.

A Search for Answers

Over the past nine weeks you have learned all the reasons why our planet is so unique in the solar system and in the universe.  What you may not know is that you also hold the key to saving it.  While you may not believe that one person can make a difference, your individual choices combined with the choices and actions of billions of individuals around you can make a real difference in the world.

If you’re looking for something you can do at home; join or start a recycling program in your community.  Paper, metal, and plastic can all be processed and reused which means less energy and environmental cost than mining new metals, cutting down trees for paper, and processing new plastics.  This cuts down on destruction of habitats and factory emissions.

Use what you need.  Think about your consumption of water, power, and fossil fuels like gas or diesel.  Do you need to leave the water running while you brush your teeth or dry your hands?  Do you need to leave every light on when you leave the room or your home?  Is walking or public transportation a reasonable option for your journey today?  There is no need to change your quality of life to protect precious resources, small changes can add up quite a bit over time.

Visit zoos, museums, and libraries.  The best way to protect the world we live in is to learn about it.  Explore the history and ecology of your country and of the world.  Many zoos also participate in conservation programs, so your ticket fee also goes towards helping to study and breed endangered species.

Finally: speak up.  Talk to friends and family about conservation, climate change, and the importance of protecting our Earth.  Write letters to ministers and elected officials and tell them why you think it is important to act against climate change and advocate for conservation of natural resources like air and water.  We are all in this together, use your voice to tell those who have the power to make big changes that you support them.

We have come a long way from a handshake on June 29, 1995, but there is still a long way to go.  It can be hard to open the Daily Prophet sometimes, with the pain and suffering of so many constantly in the news.

As another year comes to a close, I would also like to add that there is another way in which the Earth is unique in the universe: it is the only planet on which hope exists.  And I hope that you share my hope for the future, that we can and will make Earth a better place.

Now that you know so much about the planet we all call home, it’s time to look a bit further into our solar system!  Next year we will be learning all about the planets.  We will discuss their features, their formation, and even start talking about the astronomy-based Magical Effect Quotient of individual planets and how they affect magic here on Earth.