Welcome to the third Creature Feature! In the previous Creature Features, you learned about popular wizarding pets and cryptozoology. This time, we will delve into what you voted on: extinct creatures! These creatures once roamed the Earth, as proven by fossil records, but are no longer present today. Over the next seven lessons, you will learn about some of the most famous extinct (or not so extinct…) creatures from prehistoric times. Students, get ready for Prehistoric Creature Feature!

Now, it will not just be myself and Professor Cattercorn teaching this term; other professors will be leading lessons, too, so please make sure to be attentive, no matter who is presenting. We will be covering many different creatures this week, outlined below. Each professor brings a unique knowledge base and approach to the creature in their lesson and will be designing the assignments for the lesson to best reflect that.

Like past Creature Features, we will have assignments that will allow you to showcase your writing skills, creativity, and imagination. Now, please sit back and enjoy learning about the creatures of Earth’s past.

As the outline says, today we will be discussing woolly mammoths. They are considered megafauna, meaning they are large, terrestrial animals. These creatures resided in the arctic tundra region. Known scientifically as Mammuthus primigenius, wooly mammoths lived during a time known as the Pleistocene epoch, which ranged from 2,588,000 to 11,700 years ago. This means that it is believed they became extinct around 1700 BCE. At the time, the remaining populations of woolly mammoths were on Wrangel Island, which is located in the Arctic Sea. While they continued to thrive in other parts of the world, it is thought that mammoths died out much earlier in Siberia and Europe by 8000 BCE. 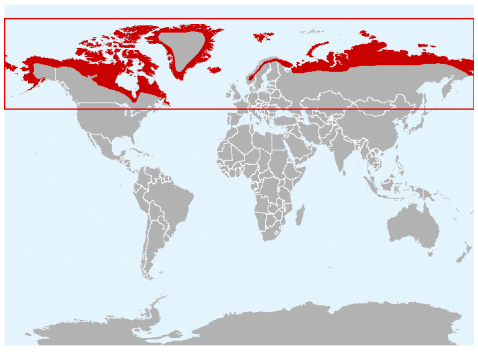 Fossils of these majestic creatures have been found in a variety of locations. We have even found their versions of elephants’ graveyards (which, according to legend, are places old elephants went when they felt they were nearing the end of their lives). In these places, archeologists have discovered layers upon layers of woolly mammoth bones. While fossils have been found in places like Doggerland in the North Sea, mummified and frozen remains have been found in Alaska and Siberia, mostly within the Arctic Circle. Much of the specimens’ internal anatomy was intact in the frozen and mummified remains. When these types of remains are found, it is always a cause for celebration. It allows scientists to look at the stomachs of our woolly friends (and, more importantly, their contents), and confirm what their diet consisted of.  They have even been able to rule out starvation as a method of extinction with the help of these fossils!

One detailed example of well-preserved remains was found in Russia. In 1901, Russian authorities authorized the excavation of the Berezovka River. The specimen found was dubbed the Berezovka mammoth. This carcass was determined to be a male mammoth, somewhere between 35 and 40 years old. It was even found with fresh plants still in its mouth, which gave researchers a great look at what the mammoth ate!

How To Recognize a Woolly Mammoth on the Street Adult woolly mammoths were at least 13 feet (four meters) in height, with most being taller. Like elephants today, they had long tusks that averaged about 16 feet (five meters), even with their signature curve. They also had long trunks, which would touch the ground if fully straightened. Woolly mammoths were covered in hair, hence their name, in order to provide insulation and help them survive in cold climates. Their hair ranged anywhere from tan to black in color and was extremely long and fairly thick. They also had short tails and small ears.

Woolly mammoths were equipped with various fat layers and deposits. They had a thick layer of subcutaneous (just under the skin) fat all over, as well as fat deposits over their ribs and stomach. This makes perfect sense when you consider their environment. Before hibernation in the winter, many animals build up their fat stores, allowing them to live through the winter. Because mammoths were herbivores, and were reliant on plants and plant matter, it may have been difficult to find adequate amounts of food, particularly during the colder months. By having these fat layers and deposits, they were able to survive.

What Did They Eat? How Did They Reproduce?

As stated above, woolly mammoths were herbivores, eating leaves, nuts, fruits, seeds, and twigs. The arctic tundra has a variety of leafy, twiggy plants, as well as different mosses. Like elephants, woolly mammoths would have used their trunks to pull up plants and place them into their mouths.

While reproduction specifics are unknown, it is believed that woolly mammoths had a similar reproduction system to that of elephants. After a year long gestation period, a single calf is born. Could you imagine being pregnant for that long? These calves weighed about 200 pounds. It is thought that females mated with the males that had the largest, most curved tusks, so that that feature was passed on through their offspring. We aren’t sure why this trait was desirable in offspring, but it may be as simple as males with large tusks were more attractive to females.

When discussing the family tree of woolly mammoths, there are three things we must focus on: how they are related to modern elephants, how the line of evolution occurred, and other mammoth species.

As paleontologists have excavated skeletal remains of woolly mammoths, mitochondrial DNA has been extracted from bone fragments. After piecing together the different fragments of this DNA over time, they found that woolly mammoths are more closely related to Asian elephants than to African elephants. Scientists note this variance isn’t by much, though. Using the DNA evidence, we can figure out when mammoths and elephants split from each other on the phylogenetic tree. Both share an ancestor that split into several separate species about six million years ago. It was this split where the woolly mammoth and the African elephant parted ways genetically. Fast forward 440,000 years, and we see the further branching off of the Asian elephants from the mammoth line. As a bit of a fun fact, this was not the first time we’ve seen a second branch off of a main evolutionary line in a very short time span. This was also seen in the evolution of the human race. If you’d like to learn a little more about human evolution, I recommend checking out Lesson Two of Ghoul Studies Year Five!

Now, when we consider this timeline, it means that we see evolution in the following order:

That leaves us with the question, what did the African elephant, and then the mammoths and the Asian elephants, evolve from? Take a look at the following image to understand. As you can see, the line started with a Palaeomastodon, which branched off into Stegodons, and then into Mastodons. Next in the continuation came Gomphotherium, from which we got Anancus. Then we see Primelephas, which gave us African elephants and mammoths. Finally, we see Asian elephants. People often confuse Mastodons and mammoths, due to the “hunched” shoulders and the fact that the Mastodons had the most curved tusks of the ancient elephants, but as you can see, they are not the same at all! The following is a fact sheet to help you tell the difference between the two.

Now, woolly mammoths were not the only mammoths that roamed the Earth. In the genus Mammuthus, there are nine other animals that lived alongside the woolly mammoth, meaning that there were ten different mammoths in total that lived on our planet over the years. I will not discuss all of them in depth, but will go over some basic details of each species. Please note that while years are accepted for some species, which I have included for you, others do not have agreed upon timelines for a variety of reasons.

Why Don’t We See Them Today?

There are several theories as to why woolly mammoths do not roam the arctic tundra today. Because no records were kept by humans of the time, nor can we time travel, we can not be sure of the exact reason they are not among us today. Scientists are divided between two theories: humans and hunting and climate change.

The first suggests that humans hunted them to extinction. This has occurred several times through history, like with the Irish elk and almost with the American buffalo. When we consider why they were hunted, this is the most likely theory. Woolly mammoths were estimated to be about six tons in weight. Not only is that a substantial amount of meat, but there would have been plenty of ivory for tools and hair and skin that could be used for clothing and shelter. They were hunted because of how much of the animal could be used. A whole woolly mammoth could supply enough meat for a colony or group of humans to make it through the winter, if it was rationed appropriately. Humans would use the organs, bones, and hides: every single part of the animal. Though it took several individuals to bring down a woolly mammoth, it was worth it for their group. As human populations grew, there could have been an increased need for woolly mammoths and everything they supplied. This theory is favored because of the lack of evidence for mass extinction events, like those that decimated the dinosaurs.

The second theory is that climate change caused the woolly mammoth to go extinct. Looking at different plant and animal fossils, and extracting hidden spores and genetic material, scientists believe that woolly mammoths actually started to go extinct during a warming event just before the Last Glacial Maximum. During this glacial event, an ice sheet covered some of the northernmost parts of what is now the United States, even stretching as far south as New York. This was the last ice age. The warming events before any ice age are called Dansgaard-Oeschger events, commonly abbreviated as “D-O events.” They are considered to be a strange phenomena in our climate record, and scientists don’t completely understand them. It is speculated that they have something to do with ocean currents, but again, we don’t completely know. Archaeological records show these events happened about 25 times during our last glacial period, and that each cycle of these events happened every 1,500 years. They follow a pattern. We see rapid heating over a span of decades only to be followed by a cooling down. This happens over and over and over again. It is hypothesized that the woolly mammoths could not adapt fast enough to the warmer climate brought on during the D-O events, let alone back to the following colder climate. This constant changing would have resulted in the dying out of the species.

Before we leave this topic, there is one other thought on the woolly mammoth’s extinction. There are a few who believe that a disease might have been introduced to North America, which affected the populations. There is very little evidence to support this, however, and the other two theories are more widely accepted.

I do hope you enjoyed the first lesson today! I enjoyed researching the woolly mammoths, as I never learned about these creatures during my education. Next, Professor Cattercorn will be present to discuss the saber-toothed tiger. I can’t wait to hear that lesson. Until then, you have a variety of assignments to complete. Only one is mandatory, so feel free to merely complete that one or complete all of them to earn some extra house points. Until next time, enjoy!