In the pursuit of keeping his students on their toes, Professor Cattercorn has changed the layout of the lounge to reflect an ambiance conducive for the year’s content.  The walls are painted in dark blue and speckled lights are hidden within. On a brief glance, it would appear to be stars. Projected above was what appeared to be a sleeping moon and two stars.  As the Fifth Years filed in, Professor Cattercorn waited in front of her desk, hands clasped behind her back.

Welcome, again, to the Divination lounge and Year Five! I trust that the previous years of study have been beneficial to assisting in your life experience! This year, our focus will be looking at the complete other end of the spectrum, gravitating away from the body and instead focusing on the mind. The forms of divination we will be looking at this year include clairvoyance and true dreaming. I have decided to focus upon these forms of divination during your O.W.L. year, as many of you may not continue Divination after your exams. As such, it is important for you all to have an understanding of clairvoyance  and dream interpretation since they both pose numerous employment opportunities once you complete your studies.

Leading up to the midterms, we will be discussing my own favourite form of divination: clairvoyance. I can almost guarantee that each and every one of you in this room will have a clairvoyant experience in your lifetime. During the second part of the year, our focus will turn to dream analysis and the divinatory meanings of some dreams. Below, you will find an outline of the year’s topics. I absolutely cannot wait to get started and hope you feel the same.

But enough of the formalities! By this point, you know my grading expectations, my rules for the classroom, and who to contact if you have questions. Onto the good stuff! 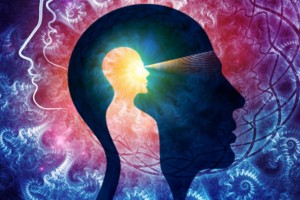 in the form of watching a film or story unfold inside your head. Clairvoyants may in fact have multiple timelines running in their heads in order to try and place events they have ‘seen.’ Witches and wizards with these abilities can be valued members of both magical and Muggle society, though in mundane circles, it is often considered a paranormal ability or denounced as a delusion. Within magical society however, we recognize these are true talents and clairvoyants are sought after additions to many Ministry of Magic departments for the foresight they possess. Before moving on, let’s outline the three different types of clairvoyance, as I believe many of you were not aware there were multiple varieties.

Precognition
This is the ability to see or predict the future including events, time periods, and the results of certain actions made in the present. An example of this would be predicting the score of a football game or the prediction of an accident should a certain student walk down a certain hallway at a certain time. This is often the best-known form of clairvoyance, even to such an extreme that those without any background knowledge believe that this is the only form and all others are different abilities.

Remote Viewing
Remote viewing is the ability to experience an event or occurrence that is happening concurrently in another location. In order for this to occur, the individual must be in a location in which it is not physically capable for them to know the events or occurrences at the other location. For example, looking out a window and witnessing an event whilst you are involved in class is not an example of remote viewing. However, being in detention and witnessing a robbery on the streets of Knockturn Alley is a perfect example.

Retrocognition
This is the ability to perceive or witness events that have already occurred. These may be events which occurred moments or even years ago. For example, a professor asking for my skill in retrocognition clairvoyance to determine the location of a much loved quill that has not been seen since the first of September.

My Experience
I would like to take a moment to step back and provide an example, of sorts, of one of the more confusing forms of clairvoyance.  Yes, dear students, it's story time!  I am sure each and every one of you have experienced a period in your life, a moment, where you are in between consciousness and day dreaming.  Think of a "zoning out" period, if you will.  You are aware of your surroundings in this state but removed enough to not really be in control.  You are in between two worlds.  This particular daydream took me on a stop-and-go sort of tour.  I daydreamed about my parents herb garden, summers in Venice, the farm in Newport, Wales, winning the House Cup.  All of this came in flashes, brief snapshots, and were gone as quick as they had come.

Then I saw it: a girl, her skin coloured in a bluish hue, resting against a rock near the entrance to a cave. There was a fog in the air outside the entrance - it was late winter and spring would soon arrive. I could see the inside of the cave, including the rock formations further back and crude paintings on the walls. Despite the scene around me, my eyes were drawn to the girl. I found it strange as her skin was a very pale blue and she did not appear to be moving.  She looked to be simply resting upon the rock.  As I gave a closer look to the girl, I realised she had, in fact, departed the realm of the living. That’s right students, she was dead.

Upon this realisation I woke from my daydreaming and resumed my normal activities, though the image from my daydream of the blue-hued girl remained firmly in my mind’s eye for the next few hours. For some reason she seemed familiar to me, but I couldn’t determine why.  How can I explain this?  It was like a relative that you never knew but you knew they were a relative.  I racked my brain and described her face to family, anything to try and help me connect why I recognised the girl in the cave.  Surely someone knew who she was.  That afternoon my mother called a family meeting.  She had received an owl from her Aunt Constance at lunchtime regarding family news. Mother advised us all that our beloved cousin Margarite, a promising and budding young witch, that we met several summers ago while on holiday,  had died that morning. Margarite had gone to play and read in a cave near their home, only to be found two days later, just I had seen.

What I experienced that day is what some call a ‘remote viewing,’ a form of clairvoyance in which an individual has the capability to witness a situation that is occurring concurrently to the individual’s own life. Of course, should you have the presence of mind to try to affect the world around you while remote viewing, you will find you cannot; you are not there, only experiencing it as if you were.

While some may compare remote viewing to daydreaming, there is one obvious difference: the event that is being remotely viewed is actually happening at that exact moment, whilst a daydream may just be a person wishing and dreaming they were elsewhere.  Of most concern with remote viewing is the simple fact that we do not know for certain if what we are seeing is a remotely viewed event or a mere daydream until we receive some confirmation (though, should you find your interest and abilities lie in this area,, you will be able to make a very good guess with experience and practice). As with the case of my vision of the blue-hued girl, I thought I was just having a rather strange daydream. Upon discovering the truth, I was rather rattled as it was my first clairvoyant experience and I wasn’t sure what it meant for my daily life.

Clairvoyants Through The Ages
There have been many famous Muggle and magical clairvoyants in history. From mentions within the Buddhist and Taoist doctrines, to the supposed outlawing in the Christian faith, clairvoyants have been a part of society for as long as records have been kept. In ancient Roman records, for instance, a clairvoyant seer is recorded warning Muggle leader Julius Caesar of his impending death via the cryptic message “Beware the Ides of March.” The scholar Plutarch writes of the event, stating that Caesar did not heed the warning -- an instance foreseen by one of his most valued clairvoyant seers. As such, on the 15th March  44 B.C.E. Caesar was stabbed to death by his own senator, Brutus.

In another, more recent, example, an American wizard named Tana Hoy correctly predicted the terrorist attack on a building in Oklahoma, USA in 1995. This prediction occurred a mere 90 minutes prior to the explosions which resulted in the death of 168 innocent Muggles. He was unfortunately unable to do anything due to the short amount of time before the event.

Closing
I consider clairvoyance my favourite technique due to its somewhat free flowing nature. We all have the capability to be clairvoyant; we must simply recognise the event when it occurs. If we have a vision, be it of the past, present, or future, we should note the vision as its relevance may not be obvious at first. Evidently, some people may be more in tune with their clairvoyant nature whilst others may simply discount a clairvoyant ‘event’ as a mere daydream and forget it as soon as it happens. This is another interesting feature of clairvoyance in all its forms, the scenes that unfold in our mind’s eye, can begin suddenly and disappear as rapidly as they came, leaving the viewer confused and perhaps a little dazed. Even I sometimes forget an episode of clairvoyance after it has passed, only to realized that I documented my prediction (or experience, if remote viewing or retrocognition) aloud to those in the room.

I will leave you with the knowledge that in my class I will never reprimand you for daydreaming or staring into space, as you may be in the midst of a rather interesting vision! Oh, and before I forget ladies, the fifth floor bathroom will be slightly flooded next Thursday. If in a hurry, make sure you visit the bathroom on the sixth floor instead!

Have you ever had such vivid dreams that they still feel real when you wake? Can you speak to those who have passed? If so, Year Five of Divination will excite and explain the finer details. This year, we are focusing on clairvoyance and true dreaming, two fascinating subjects with endless possibilities...