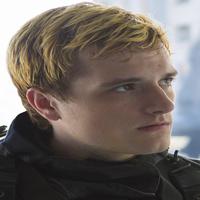 Eyes: Blue out the rim of the iris and green towards the middle

Favourite thing about myself: The need (rather the urge) of reading a book every few minutes. *grin. Alistair turned to me and said something sassy: "Aren't you suppose to be in Ravenclaw? I mean... The Sorting Hat almost sorted you into Ravenclaw, right?" I nodded - confirming that it's true.*

Favourite books: the Lord of the Rings trilogy (by J.R.R. Tolkien), Angels and Demons & the Da Vinci Code (by Dan Brown), the Harry Potter series (by J.K. Rowling)

Quidditch Position: Seeker
(P.S. I'm a member of the Official Gryffindor Quidditch team and the captain is Weilan Wang-Weasley)

Hey there people! It's me, Harry Jacob Potter. Everyone in school calls me Harry, except for family, who often called me Jacob due to the same first names that me and my dad share. Anyway... I'm currently in the U.S., just enjoying the other side of Earth, instead of staying in one side of Earth for a long period of time so I'm sorry if I don't answer my owls immediately. It's just because of the time difference.
Accio Profile Posts...