Hogwarts: A History, also known as Hogwarts, A History, is a book concerning Hogwarts School of Witchcraft and Wizardry and its history that was written by Bathilda Bagshot

Professor Rowena Ravenclaw (fl. c. 993—1000) was a Scottish witch, who lived in the early Middle
Ages. Noted for her intelligence and creativity and regarded as one of the
greatest witches of the age, Ravenclaw was one of the four founders of Hogwarts
School of Witchcraft and Wizardry along with Godric Gryffindor, Helga
Hufflepuff and Salazar Slytherin, as well as the namesake of the Ravenclaw
House. Ravenclaw was "beautiful yet slightly intimidating."

Rowena Ravenclaw was born
sometime in the tenth century. She was from the glens of Scotland,and was
either born or married into the Ravenclaw family. She was a good friend of
Helga Hufflepuff, from the Welsh valleys. At an unknown time and by
unknown means, Ravenclaw acquired a wand. It is possible she purchased it from
the Ollivander Family, who had been
in the wand-making business since 382 B.C., or made it herself. 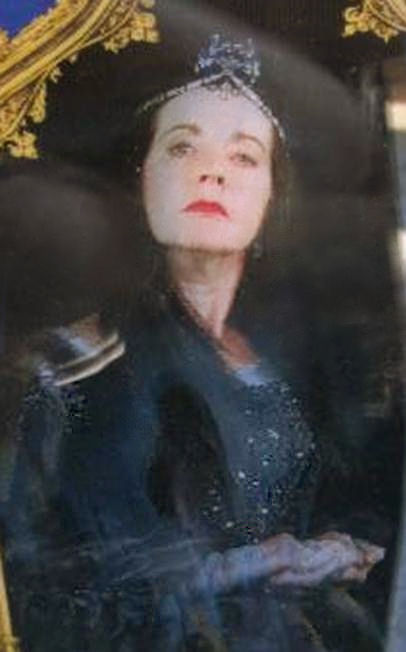 From her statue in
Ravenclaw Tower,Rowena Ravenclaw was a
beautiful yet austere-looking and slightly intimidating woman.She was tall had
long black hair and dark eyes, and spoke in a pronounced Scottish accent.

Ravenclaw's most notable trait is her intelligence and creativity, and the fact that she valued the same
in her students.She also seemed strict and intimidating,but despite this she
seemed to be forgiving and loving, as shown by the fact that she was willing to
disregard her daughter's betrayal just to see her one last time on her
deathbed.[6] She was also very proud, not admitting that her daughter had run
away with her diadem not even to her close friends, the other founders.

Ravenclaw was described
as the most brilliant witch of her time. Charms: Rowena
Ravenclaw's diadem was a magical artefact that was bewitched, presumably by
Ravenclaw herself, to enhance the wearer's wisdom. Magical arts: The
founders taught no particular subjects to their students; they taught them a
bit of everything. Thus, it is more than likely that Ravenclaw mastered all the
basic branches of magic such as Transfiguration, Charms, Herbology, Potions and
so on. Magical architecture: It
is thought that Rowena Ravenclaw herself devised the ever-changing floor plan
of Hogwarts Castle.

Rowena Ravenclaw's diadem
(also known as the Lost Diadem of Ravenclaw) was the only known relic once
belonging to Rowena Ravenclaw, the founder of Ravenclaw House at Hogwarts
School of Witchcraft and Wizardry. Etched upon its surface was Ravenclaw's
famous quote: "Wit beyond measure is man's greatest treasure." It was
said to enhance the wisdom of its wearer, which is Ravenclaw House's most
treasured attribute. It has a blue sapphire shaped like an oval. The diadem was
later stolen by her daughter, Helena, a fact Rowena kept a secret from the
other founders till her death bed.As Rowena Ravenclaw was a
very intelligent woman, it is most likely she enchanted the diadem herself,
putting a charm on the object to increase the wearer's intelligence. Rowena
died shortly after her daughter, Helena, stole the diadem. 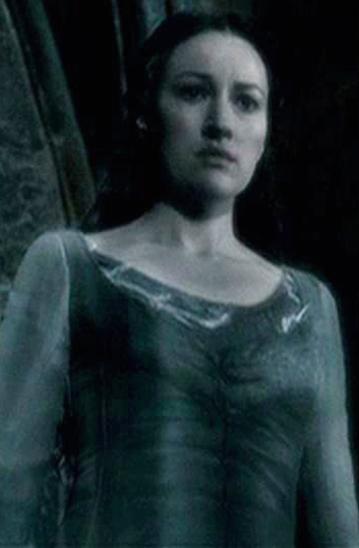 Rowena's daughter, greatly envied the attention her mother received. She stole
her mother's diadem, in hope of using its power to make herself wiser, and fled
Hogwarts. Her mother fell fatally ill and in spite of Helena's betrayal, wanted
to see her daughter one last time. Rowena sent the Bloody Baron, a man who once
loved Helena, to find her. When he caught up with her in a forest in Albania ,
she hid the diadem in a hollow tree. Upon her refusal to return with him, the
Baron stabbed her; horrified by what he had just done, the Baron then stabbed
himself as well. The diadem was later found to be lost (hence the name
"the lost diadem"), and was sought after by students for hundreds of
years.

United by the common goal
of creating the world's best magic school,Rowena Ravenclaw and her good friends
Helga Hufflepuff, Godric Gryffindor and Salazar Slytherin built Hogwarts Castle
together and established Hogwarts School of Witchcraft and Wizardry sometime
around 993.At some point, Ravenclaw
bore a daughter, Helena, who was taught by Rowena herself at Hogwarts.

At some point after her
graduation from Hogwarts School, Helena stole her mother's diadem, which was
said to enhance the wisdom of the wearer. Helena was jealous of her mother's
famous intellect and took the diadem with her to Albania, far away from her mother's
reach, in hopes of surpassing her. Ashamed of her daughter's betrayal, Rowena
Ravenclaw opted to keep her daughter's treachery a secret from others, and
denied it even from her fellow founders.

Then, Rowena fell fatally
ill. Disregarding her treason, she asked the Baron, who was in love with
Helena, to go and find her daughter, merely wishing to see her one last time.
He eventually tracked her to a forest in Albania but when she refused to return
with him, the Baron flew into a fit of rage, furious at her refusal and envious
of her freedom, and stabbed her. Immediately overcome with guilt, he then took
his own life. The two would later become, respectively, Ravenclaw and Slytherin
house ghosts.Thus, Rowena did not get the chance to reconcile with her daughter
before their untimely deaths (unless her daughter's ghost returned to the
castle before Rowena's death).Legend had it that a
"broken heart" added to her early demiseThis story may have had
origin in her estrangement with her daughter.