Learn more about the creatures of our magical world with this Care of Magical Creatures companion text. Creatures not covered during your years of instruction will be discussed in this text for your reading pleasure. This text was written by Professor Elizabeth Anne and former professor Aurelia Cattercorn. All images were found using Google Images and belong to their owners.

The Gryffindor ghost is often called Nearly Headless Nick for short, but try not to slip up - he doesn’t take too kindly to it. His full name is Sir Nicholas de Mimsy-Porpington, but if you cannot remember that mouthful, “Sir Nicholas” will do just fine.

For those of you who have not had the pleasure of speaking with him, and therefore know little about him, he is referred to as “Nearly Headless” due to a faulty execution. He was meant to be beheaded, however, things did not go properly, and he died with his head partially attached. Yes, it is as gruesome as it sounds. 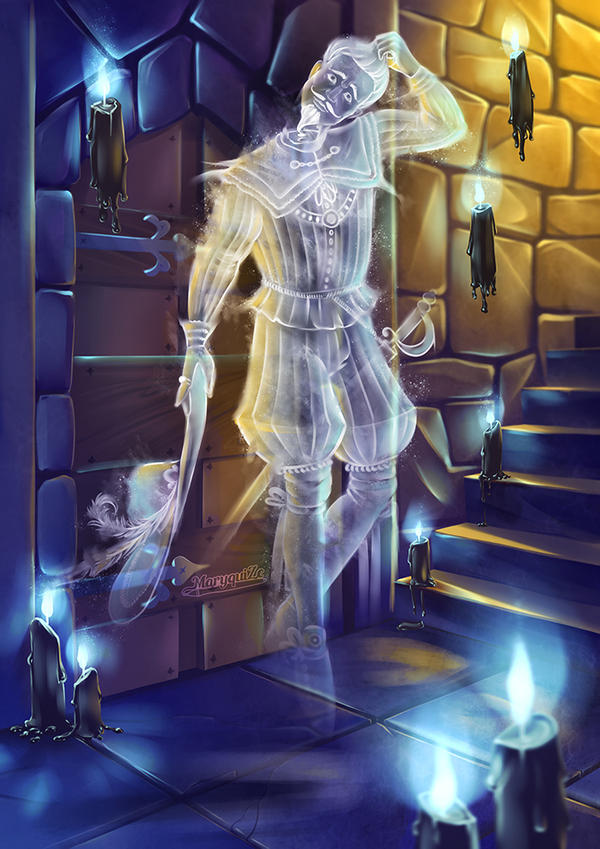 The Fat Friar, whose real name is not known, is one of the friendlier ghosts. Once a religious man, he is very humble and forgiving. In his life, he was a member of the clergy. His hobbies included eating, drinking, and helping others.

The International Statute of Secrecy was not yet in effect during the Fat Friar’s life, so he enjoyed using magic amongst Muggles. He tried not to be too obvious about it, but the elders of the church were very wary of the Friar’s ability to cure people by prodding them with a “stick,” and his comedic ability of pulling rabbits from the cup at communion. These actions led to his unjust death. 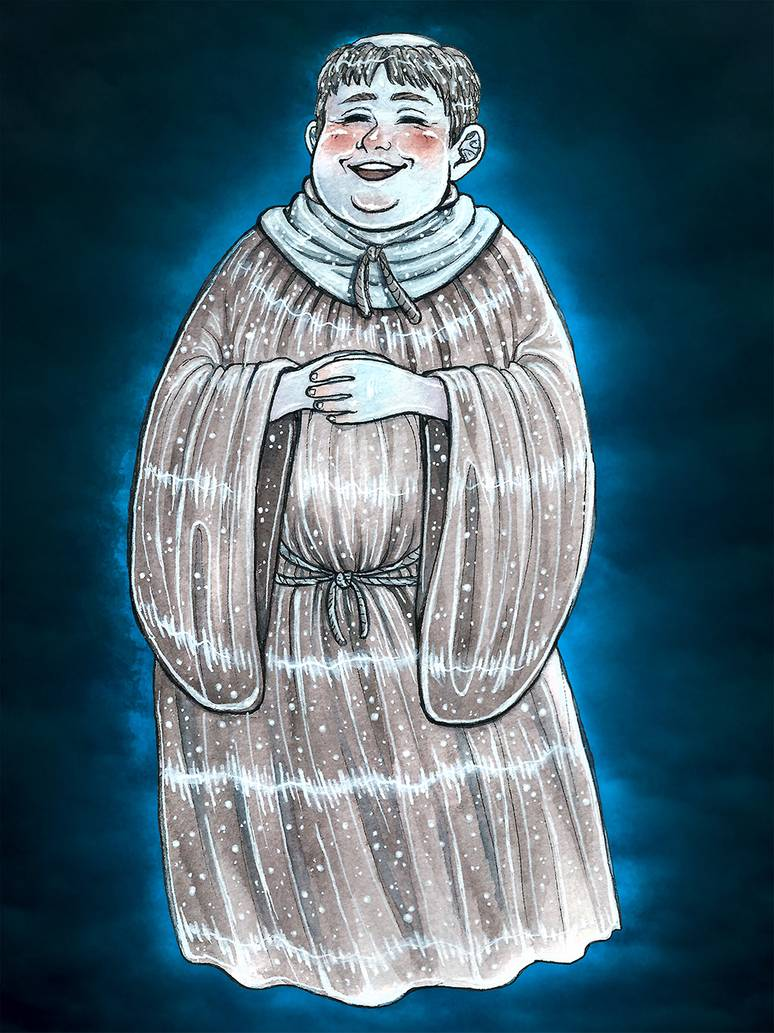 Moving on to the next house, Ravenclaw. The ghost which represents Ravenclaw is known as the Grey Lady, but her name is Helena Ravenclaw, and she is the only ghost at Hogwarts who is related to a founder. The Grey Lady is often described as very alluring, though she is quiet, and tends to keep to herself. She has been known to be helpful to the Ravenclaws who seek assistance.

The story of Helena Ravenclaw is a tragic one, and I don’t feel the need to discuss it thoroughly. To essentially make a very long story short, Helena ran away from home after committing a terribly selfish act against her mother and Hogwarts founder, Rowena Ravenclaw. After an undisclosed amount of time, Rowena grew sick. Wishing to see her daughter once more to perhaps make amends, she sent the baron of Slytherin house to find her. This baron had a history with Helena and was hopelessly in love with her. Though he made several attempts to win her love, she never returned any interest. Upon locating Helena, he was turned down once more, as she refused to leave with him. Overcome with built-up rage, the man murdered her in cold blood. Once he had realized his crime, he took his own life. The two of them left their physical bodies and returned to Hogwarts as ghosts for their own separate reasons. 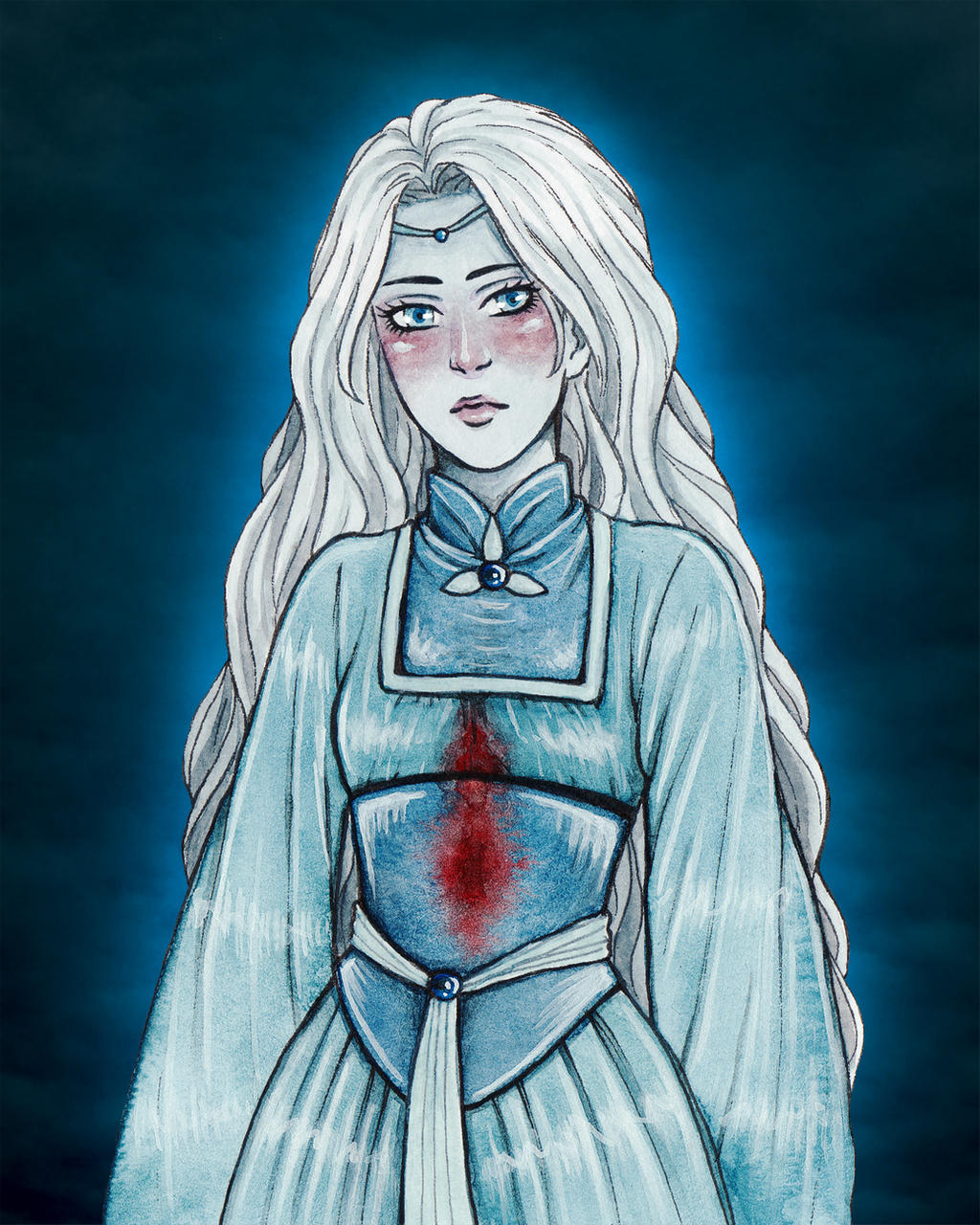 If you have not yet figured it out, the last ghost to discuss is the Bloody Baron of Slytherin. We already know the majority of his story, as he was the one who was held accountable for Helena Ravenclaw’s death. With the pain of guilt and remorse caused by his actions, the Baron wears several heavy chains, to symbolize his feelings.

The Bloody Baron is called so because his clothes are stained in blood - his own, and the Grey Lady’s. His personality is a bit more difficult than the other house ghosts. He has been described as antisocial and quick-tempered. Many students have also expressed a fear of him. The Baron isn’t all bad, though. He has been known to be the only soul who has any control over Peeves. 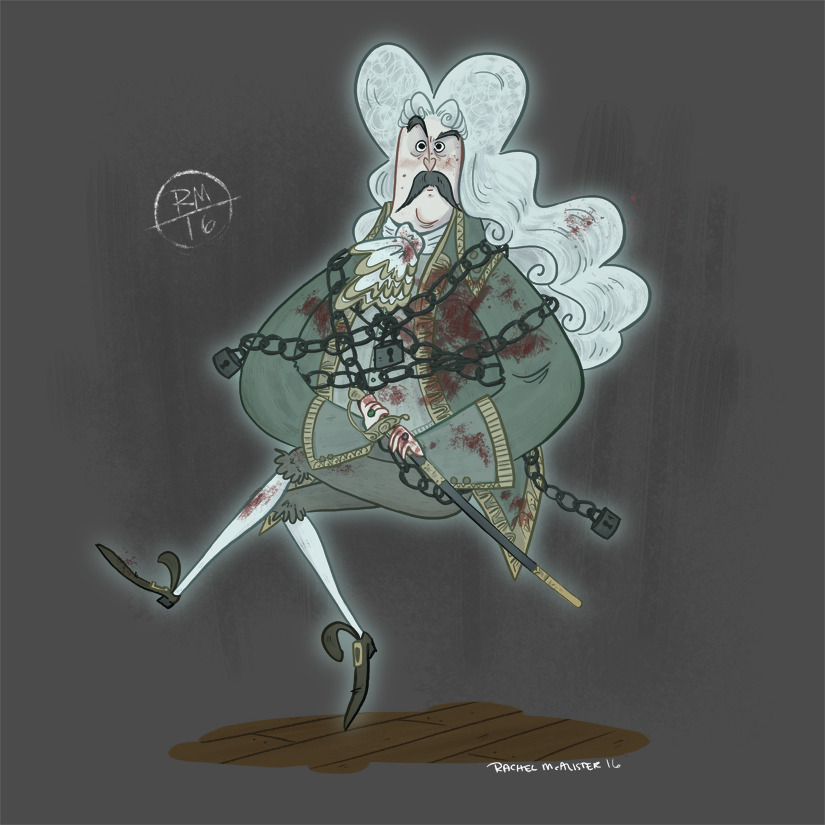