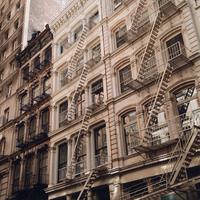 Born in Charleroi, Belgium, to wizard father Malachi De Vos and muggle mother Celine Bonne, Levi's early life wasn't so cheeky; his mother's parents did not approve of the marriage between his parents, and despised magic, so to get away from the negativity, the small family moved to a small road a bit aways from Hogsmeade. Levi's homelife before Hogwarts wasn't as bad as it was in Charleroi- but he did have trouble making friends, due to being rude to others as a child, leaving him as a loner. He'd often spend his time with his old house cat, Charlie, and baby sister, Esther(born five years after Levi).

When he received his Hogwarts letter, he was excited to be able to get a new start to his social life, but also anxious that he might come off as cold from lack of conversational skills. He hopes to learn more about different types of magic, make some friends, and maybe branch out of his comfort zone to play a sport or join a club.
Accio Profile Posts...