Welcome! Let me know if you want to RP. I'm having some health issues at the moment so replies are slow but I'm always down to RP

- I am in Eastern Standard Time and usually reply at night

- My answers don't always go through. If you haven't heard from me in two days then please resend your reply

- Do not take control of my character

-if you want to end an RP, please just tell me

-No asterisks to describe actions 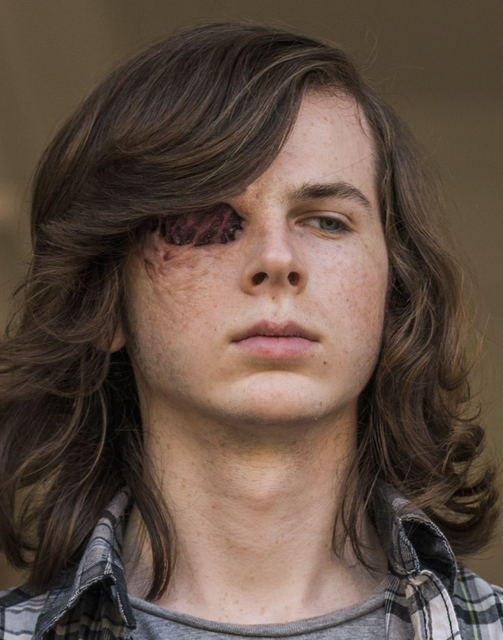 “Sometimes, surviving is the worst kind of pain” -Unknown

- Who: A sixth-year Gryffindor

Lineage: A half-blood. Has a younger sister in her first year, a Hufflepuff.

-Background: When Ezra was school supply shopping for his second year, he got caught up in a Death Eater raid. He took a blasting curse to the face that took his right eye and the tip of his ear

-Family: Ezra's mother died in childbirth giving birth to her youngest child, Camila. Camila is eleven and is a first-year Hufflepuff. The two Jericho children live with their father, Paul.

-Personality: Ezra is outgoing and will fight for what he believes is right. He is not a fan of those with known Death Eater ties. He struggles to cast with no depth perception but takes the younger Gryffindors under his wing and protects them 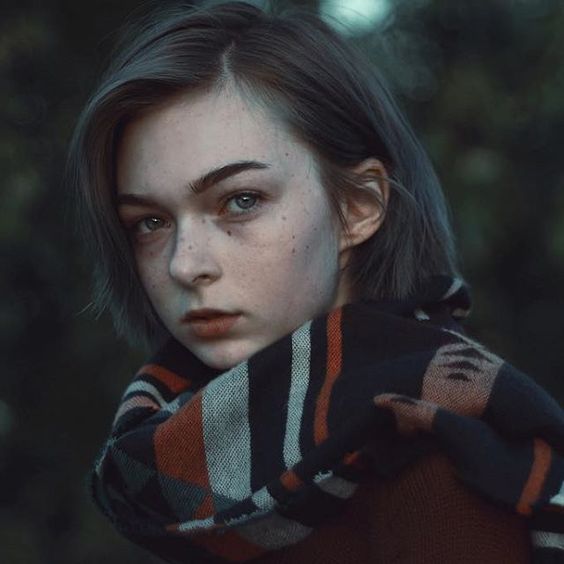 "I'm not the jealous type, but what's mine is mine. End of story." -Unknown

-Who: A fourth-year Gryffindor

-Lineage: She's an orphan. She will not speak beyond that

-Background: Nobody is really sure about where Amara came from or what her blood background is. All they know is how much she smokes to calm down

-Personality: She's distant and cold to everyone. If someone manages to wiggle close to her, she becomes possessive and protective to an extreme. She gets aggressive and is manipulative 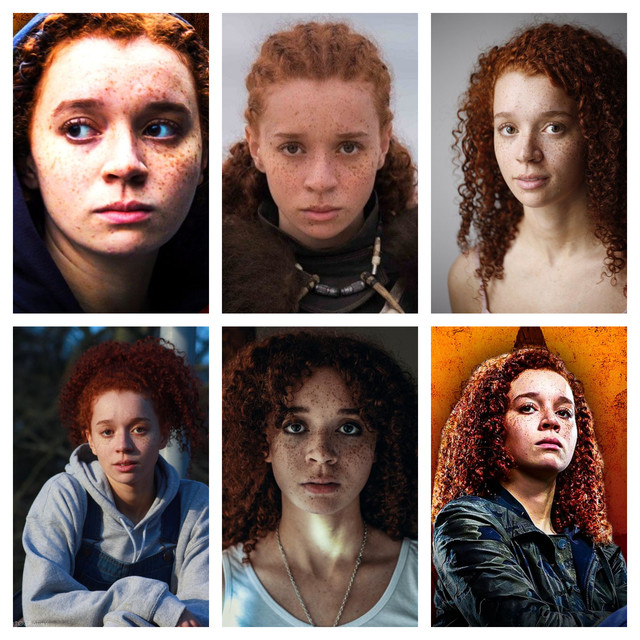 -Who: A seventeen-year-old Gryffindor

-Lineage: Lost her parents at age eight shortly after moving from Greece.

-Backstory: She lost her parents in a shooting gone wrong. She was bounced around foster homes, an outcast for being Greek. Got picked up by Snape when she was eleven for schooling.

-Personality: She's bold and brash, and argues about almost everything. She stands up for the little people and isn't afraid to speak her mind. 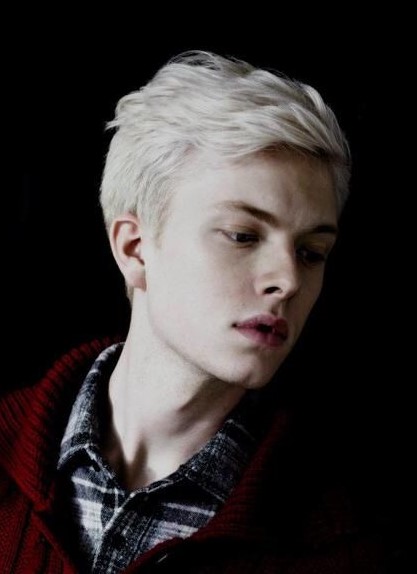 - Who: A sixth-year Ravenclaw

-Nicknames: Pollux refuses to have nicknames except with his brother who calls him Pol

-Looks: A fair-skinned boy with platinum blond hair that often falls in his eyes. His eyes are light hazel. He is the average height for his age but stands tall and regal.

-Lineage: A pureblood. Has a twin brother named Castor with long hair. His brother is a gay Slytherin with a boyfriend.

-Background: His parents are Death Eaters. He and his brother are expected to follow in their footsteps. They were raised in a strict household. Pollux has a dark mark on his left forearm.

-Family: Pollux was born with a twin brother, Castor, Pollux being the older of the two. They live with their parents, Abraham and Sasha Derwent.

-Personality: Pollux can appear cold and distant to everyone but his brother. But deep down, he is very protective of those he cares about and would even kill for them. 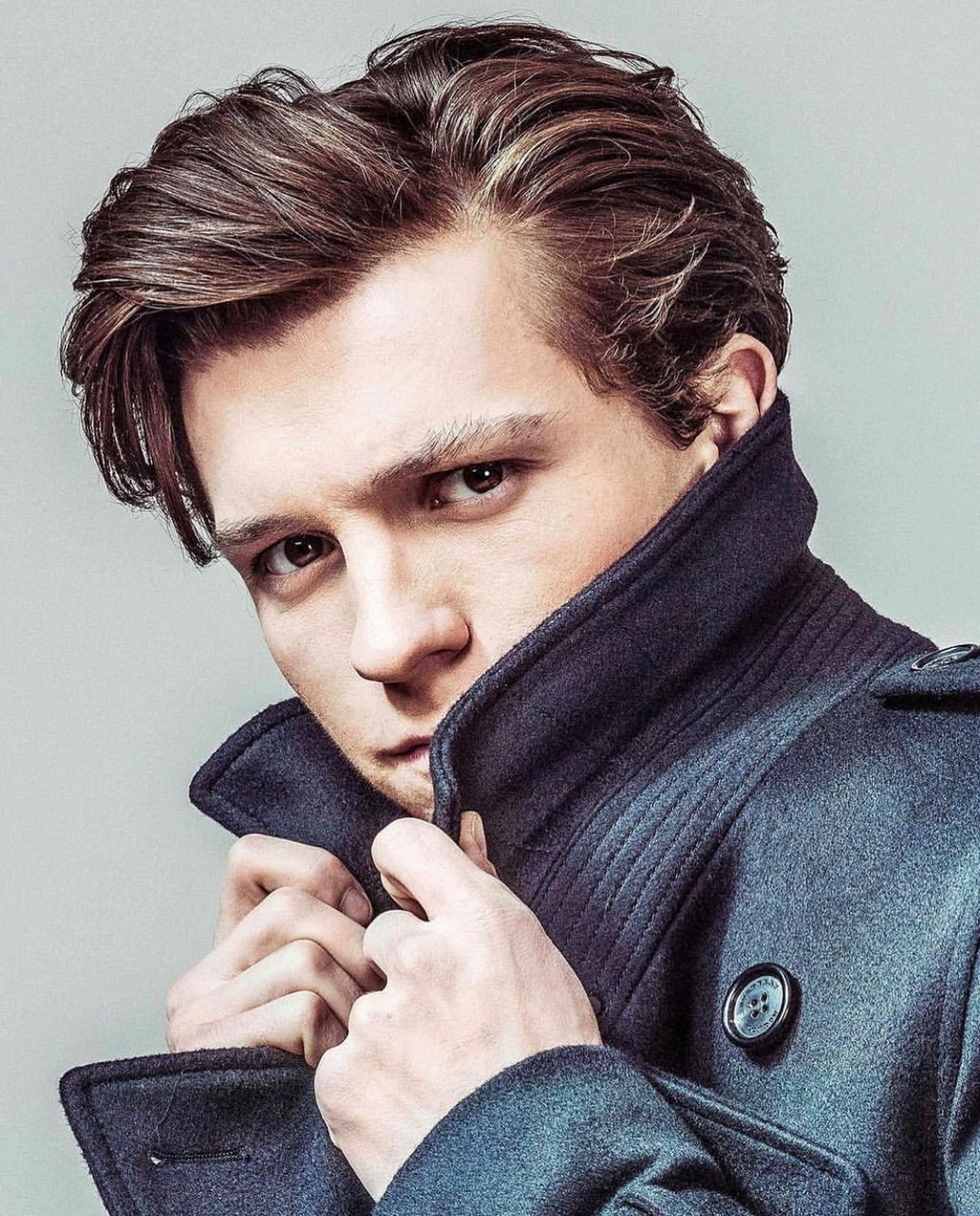 "You never know how strong you are, until being strong is your only choice." -Bob Marley

-Who: A fifth-year Hufflepuff

-Looks: Curly brown hair, brown eyes, scar on right side of the mouth

-Lineage: Orphan from a muggle orphanage.

-Background: He's been an orphan since birth. Never knew his parents.

-Family: He never knew his parents.

-Personality: He is outgoing and excitable. He loves charms. He is a genius and learns at years above his. Absolutely loves sweets. 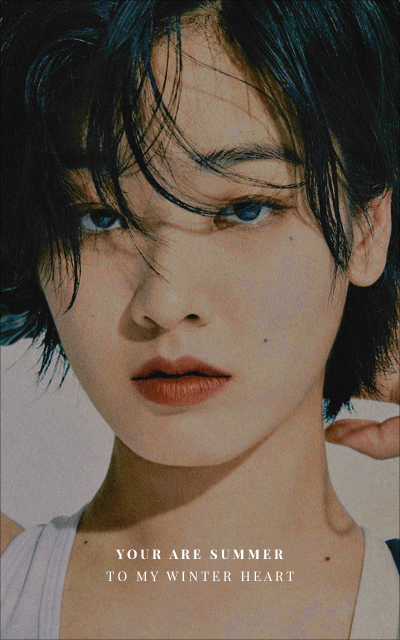 “It is forbidden to kill; therefore all murderers are punished unless they kill in large numbers and to the sound of trumpets.” ― Voltaire

-Who: A fifteen-year-old Hufflepuff

-Lineage: Jieun was adopted from Korea

-Background: Jieun was adopted from Korea and got into martial arts and fighting. She’s known at the ‘bad boy’ Hufflepuff and whispers say she should have been put into Slytherin

-Personality: She is quiet and doesn't speak her mind very much. She loves physical contact, whether its hugs or holding hands. That doesn't mean she can't put a man down a man with the twitch of her hand or is overly cautious. 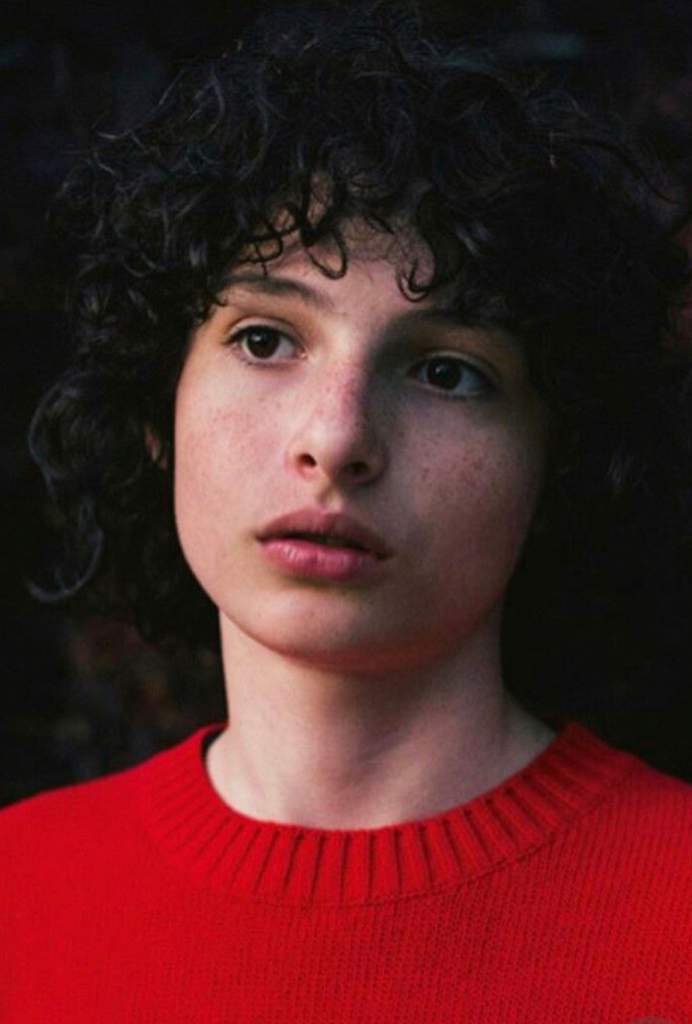 “The loneliest moment in someone’s life is when they are watching their whole world fall apart, and all they can do is stare blankly.” ― F. Scott Fitzgerald

-Who: A sixth-year Slytherin

-Nicknames: Finn, Nik -Looks: Long curly dark hair, dark eyes, freckles. Tall and scrawny for his age. Has a tattoo of a dragon on his left arm.

-Background: Finneas was groomed from a young age to be the next owner of a large wizarding company his parents owned.

-Family: He is the sole child of Aphestus and Chiara

-Personality: He is quiet and doesn't lower himself to be playful in fear of word getting back to his parents. Is smart, preferring to spend his time playing chess. 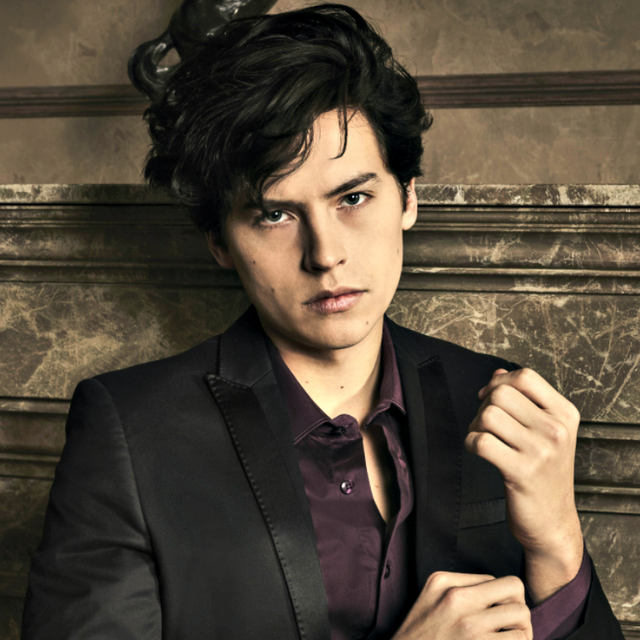 "We've fought hard not to die, yet we don't know how to live" -Emilie Autumn

-Who: A nineteen-year-old Slytherin Alumni

Has tattoo sleeves on both arms depicting various snakes. Covers up various scars on his forearms from his father

-Lineage: A half-blood who lost his parents

-Background: He lost his parents in his last year of school. Instead of finding his own way, he became an apprentice to Professor Flitwick in dueling and helps teach whatever the students want to know

-Personality: He is cold and calculating. Values knowledge over all else and absolutely abhors child abuse 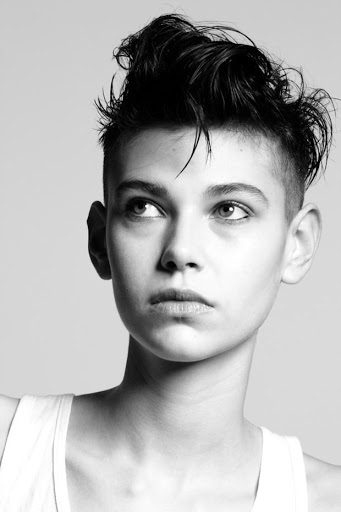 “Family is not defined by our genes, it is built and maintained through love.” —Amalia G

-Who: A seventeen-year-old prophet in Slytherin

-Looks: Hair buzzed on the sides and long on top, pale skin from not seeing the sunlight and cloudy brown eyes. There is a circular red scar on both of her temples from electro-shock therapy.

-Lineage: Abandonded by her family when she was five.

-Backstory: Ever since she was little, she saw things that nobody else could see. A bit of a problem since she was mostly blind in both eyes. She would scream about a war and snake-man ever since she was little and was dropped off at a psychiatric hospital and diagnosed with paranoid schizophrenia and disassociative personality disorder. Her nurse got in contact with the ministry when they recognized the signs of magic. She was a prophet and saw the future through visions. Her impaired eyesight makes her need more help but she doesn’t let it get in the way of accomplishing magic.

-Personality: She can't see more than a foot or two in front of her so she clings to people she trusts to guide her. She hates wearing shoes and was taught to hide her emotions in the psychiatric hospital she was raised in. But she's fiercely loyal and protective.

Here are some links to check out more of my writing!

>>Books I Have Written In The Library<<

Summary: It was prophesized that a young boy with tainted blood would one day rise up to destroy Dumbledore. The leader of the light sets out to place the child somewhere that he knows the child will never learn of magic or gain enough experience to destroy him. Dumbledore, leader of the light, places that child in Azkaban. He never expects the child to slip through the bars and greet the Death Eaters still there. Ever heard of a self-fulfilling prophecy? 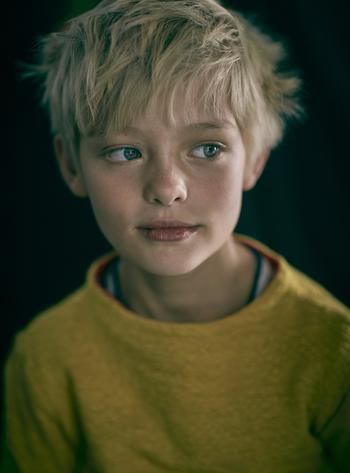 Summary: An ancestry potion in Snape’s class turns a second year Hufflepuff orphan’s life on it’s head. She figures out who her parents are and suddenly the whole school turns against her, even the teachers. Only the Slytherin’s and Professor Snape do not. Suddenly, Slytherin isn’t sticking up only for their own, but for the one lone Hufflepuff who never knew what it was like to have a family. After all, she was the goddaughter to the two most powerful people on the dark side; Lord Voldemort and Bellatrix Lestrange. 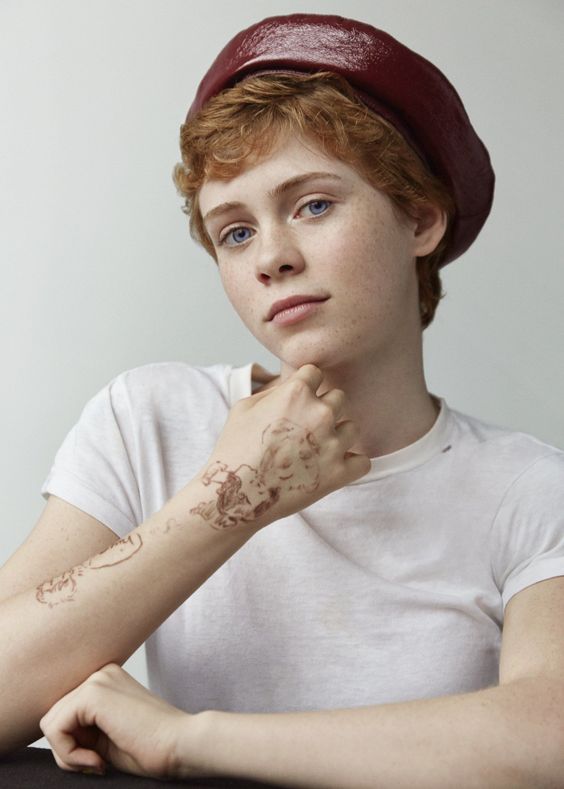 Title: The Child in the Suitcase

Summary: Newt knows how cruel the muggles can be to wizards and witches. He's heard of the terrible things that they've done. He's even witnessed firsthand that abuse that they would share for the child who steps even a foot out of line and does something 'freaky'. Elizabeth Dorvac was no exception. Newt watches her display the same symptoms as the Sudanese girl before she turned to an obscurus permanently. Not wanting another child dead when he could have done something, Newt manages to get the girl to go with him and teach her to not be afraid of magic. It's a year later now and they're on their way to Arizona to release Frank, but first Newt must make a stop in New York. 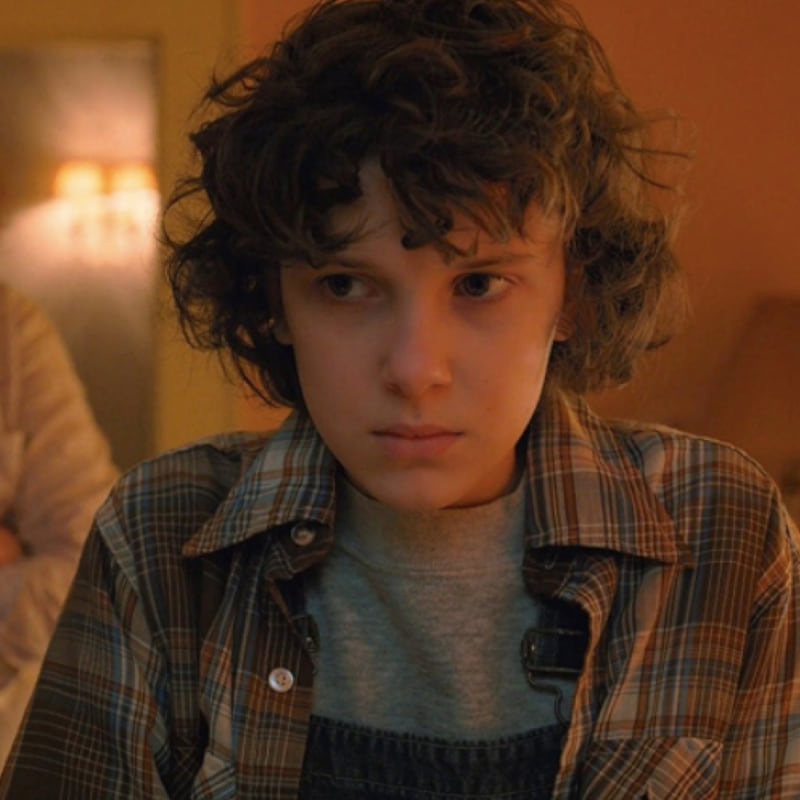