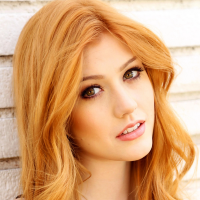 Shea comes from a very big family – she has 7 older brothers and sisters, including a twin brother (Finnegan). Perhaps not surprisingly in a family of 10, most life was loud, chaotic, and fend-for-yourself. Of everyone in the family, only Shea and Finnegan have magic. As twins, the two were extremely close growing up. As surprising as it was for the family to find out that two of their children had magic, it would have been more surprising if only one of the twins had been magical. At 11, the two traveled from Florida to Massachusetts to attend Ilvermorny.

Finnegan was “sorted” first, and was chosen by both Wampus and Thunderbird. He believed he would be happy in either, so thought of his sister. No way she would be chosen by Wampus, so he selected Thunderbird. To their joint surprise, though, Shea was instead chosen only by the Horned Serpent.

As devastated as the twins were, this separation turned out to be the best thing for them. Both were able to develop their own separate friend groups and interests, while still remaining close.

After graduating Ilvermorny, she decided to attend a muggle University, as most of her older siblings did. She received joint degrees in Anthropology and Education.

After graduating from University, Shea taught at Ilvermorny for about 10 years. She began to get stir-crazy, though; she saw her life slipping through her fingers. It wasn’t that she was unhappy – she just felt that she had so much more to explore and learn about the world! She resigned her position and traveled the world. It was near the end of her trip that she met Headmistress Oshiro and decided to accept a position teaching at Hogwarts.
Accio Profile Posts...