Hazel-eyed baby<3 ~ any and all pronouns!

"Happiness can be found even in the darkest times, if one only remembers to turn on the light"

FIRST! Rules and information: I'm open to pretty much anything during a RP, just ask! Mature RP is also fine(unless I say otherwise) I am SEVENTEEN out of character, please keep that in mind. I am on EST, I reply throughout the day however most often at night, and sometimes I go a long time without checking the site, so I apologize. Please answer with replies that are at least two sentences long, thank you! 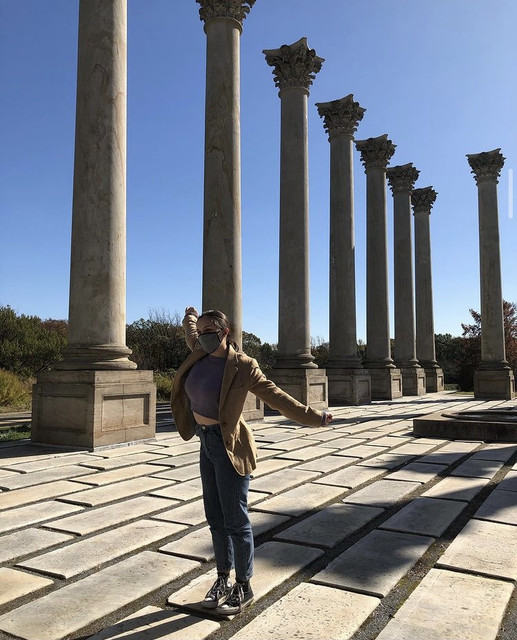 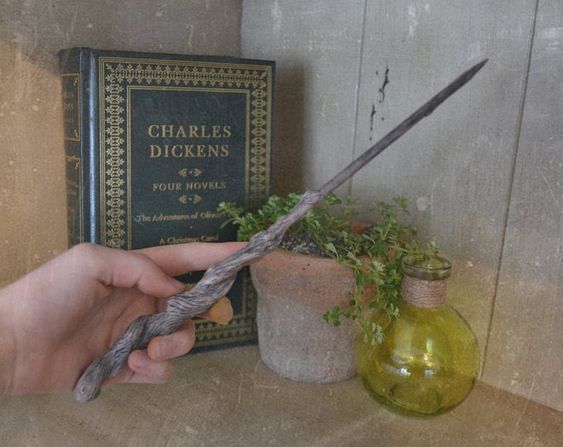 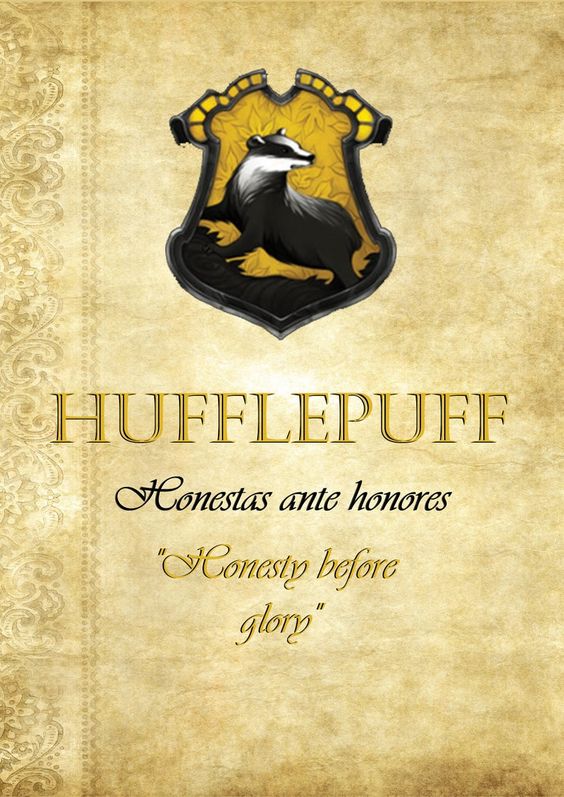 Quidditch Positions: Cheerleader, but if I had to choose, Chaser

History : My father is a pureblood wizard from the Abbott family. My mother is a Muggle with an intolerance for magic. My father left wizardry behind to marry her. I’m one of four kids, the second oldest, with one older sister and two younger brothers. I, of all four kids, received a letter. My mother had always looked down on me like some heathen child, like the demon among her house, and I was ready to finally leave her awful domain and find myself in a place where I could be myself. My love of Hogwarts doesn’t just come from the fact that I’m intrigued by it and that it’s a literal magical place, but because it is more of a home to me than anywhere else in the world. After coming here, I’ve discovered my true identity, my true feelings, my true personality. I’ve become my own person, and I’m passionate and excited for the future. 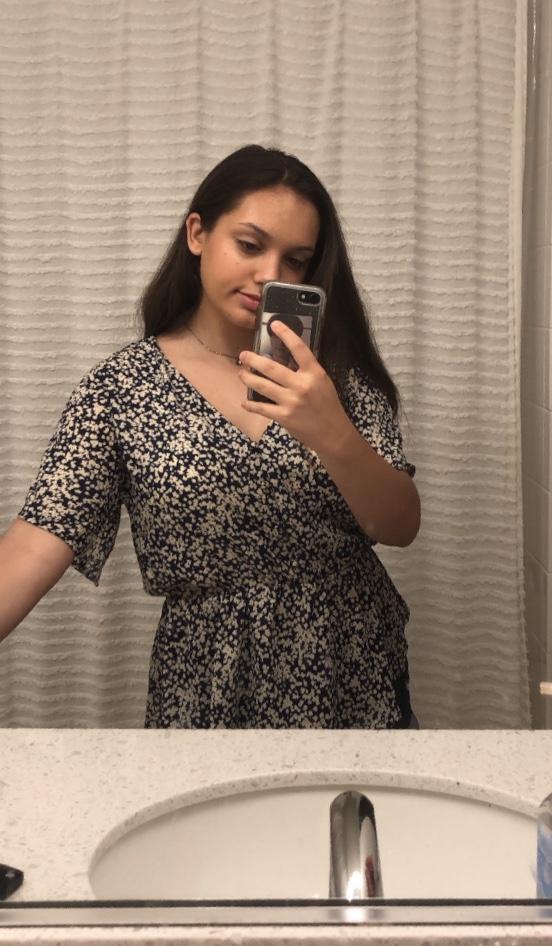 "Time will not slow down when something unpleasant lies ahead"

General Personality : I'd describe myself first as a free spirit. I'm talkative, outgoing, yet slightly reserved. I laugh a lot, I am often in my own little world, and sometimes I talk to myself, not going to lie. I'm also quite sassy and sarcastic, so don't take everything I say to heart, I most likely love you if I'm comfortable enough to talk to you like that. I’m also not stupid, I’ll probably read your gimmick like an open book. I also fall in love at the slightest show of attention and affection, but I also fall out of love with people quickly. The person I love will be the person I can’t life without. - Pets: Burdock (my charming Golden Shaded British Shorthair<3) 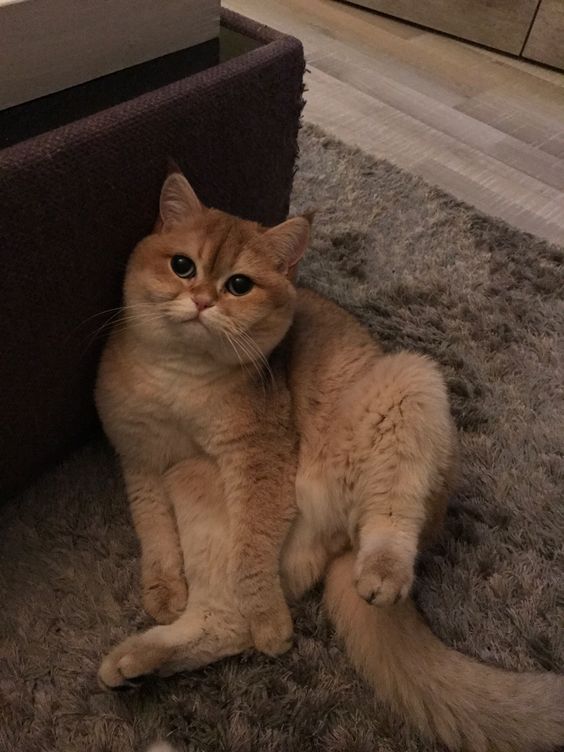 ☞ Hanging out with friends

☞ When someone contradicts themselves and denies it

☞ Loss of family and friends

☞ Tough and strong, I don't cry often and I can hold my own

☞ A good writer, listener, and good at giving advice

☞ Secretly soft boys (I know I know, make fun of me all you want but it's accurate)

☞ Dominance? I know that sounds sexual but you know what I mean, someone overpowering and protecting. 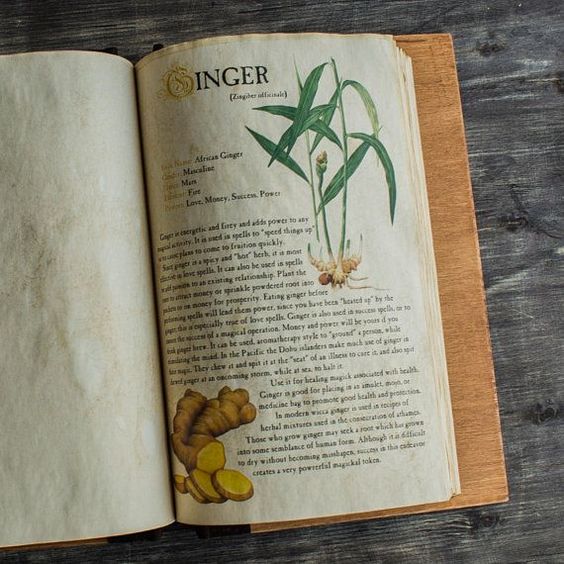 Music: I don't listen to Sweater Weather and Hayloft, you do 0.0(get it bcz i totally do) no but 80s music, indie, K-pop are some of my favorites, my all-time favorite song is "Still Into You" by Paramore.

"It is our choices that show what we truly are, far more than our abilities" 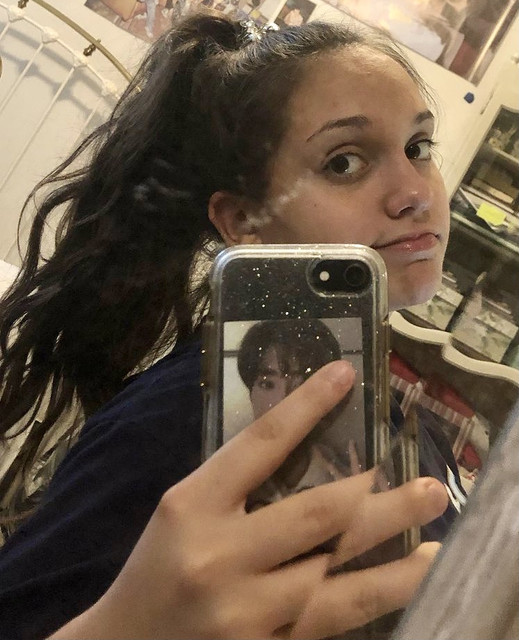 "We do not need magic to transform the world. We carry all the power we need within ourselves already"

Typical Hairstyles: Usually down, just below my shoulders, slightly done up sometimes 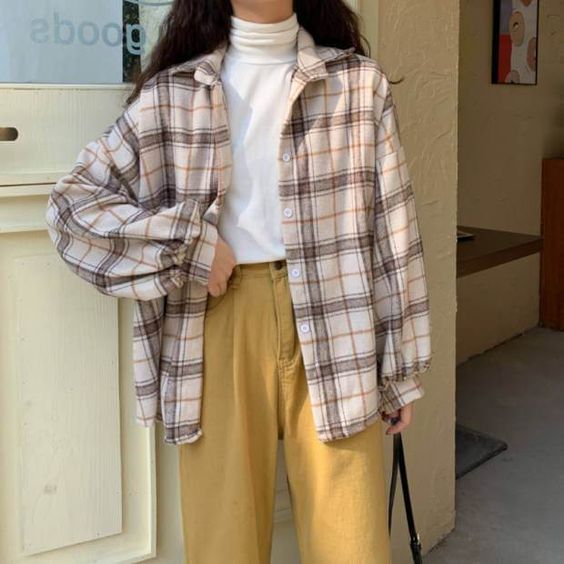 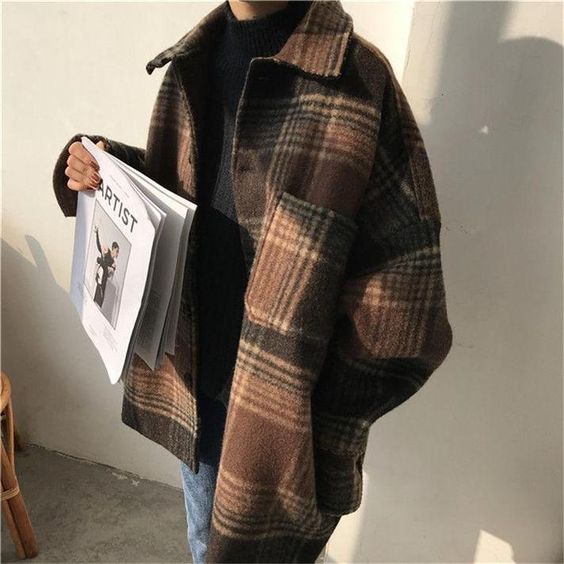 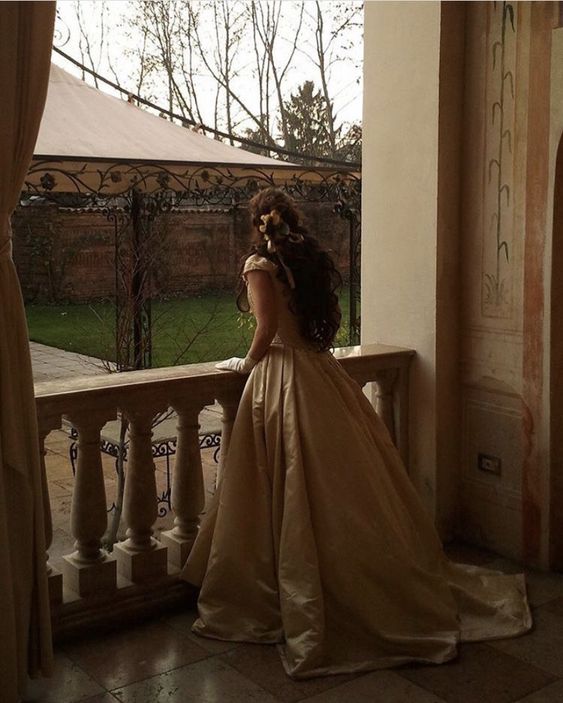 "A man of many companions may come to run, but there is a friend who sticks closer than a brother"

Love interest: None....yet 0-0 Harry Potter's quite cute though, isn't he?

"I solemnly swear that I am up to no good"

After Hogwarts: I'd like to be a professor here, or maybe I'll own a little shop in Hogsmeade!

"And now, let us step out into the night and pursue that flighty temptress, adventure!" 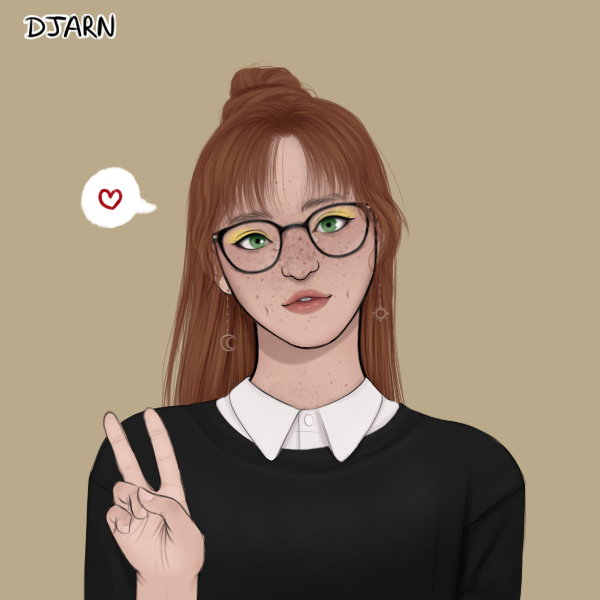 Story: I was beyond shocked to get my letter, I'd never even heard of the place! My parents didn't think it was a wizarding school at first, till we got the shopping list and instructions. I was very happy to go though, and my parents are very supportive. I'm quite outgoing, I love helping others, and I'm a good student! I'm also pretty athletic, although Quidditch is a sport I prefer to watch. 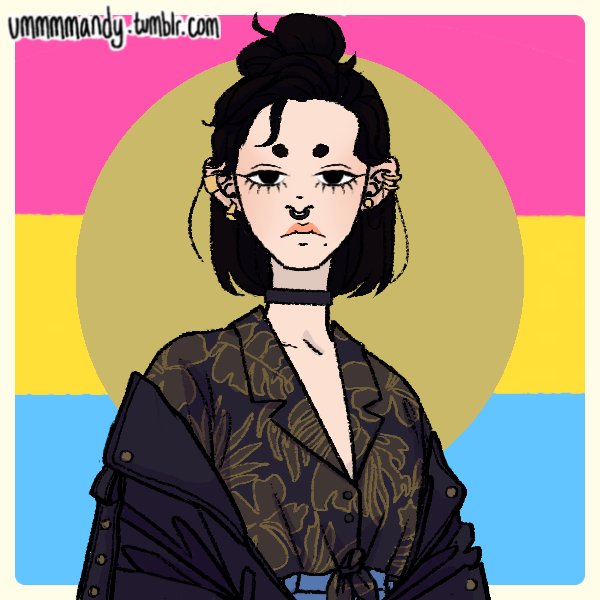 Pronouns: They/she/he (Any pronouns are fine)

Story: I was raised knowing exactly who I was going to be. A Slytherin. My whole family was in or are in Slytherin, every last great grandparent and cousin. However, unlike most in my family, I despise the pureblood supremacy ideology. If I ever said that to my mother, or anyone in my family for that matter, I'd be disowned. Someday I'll stand up for myself. For now, I'm one of the top Slytherin students, and I hope to continue that way. Friends don't often come to me, and even if I were to approach people, I think they'd ignore me, so having friends is always nice, as long as you're not fake. I'm always down to cause a little trouble, as long as it's within reason and my ideology. 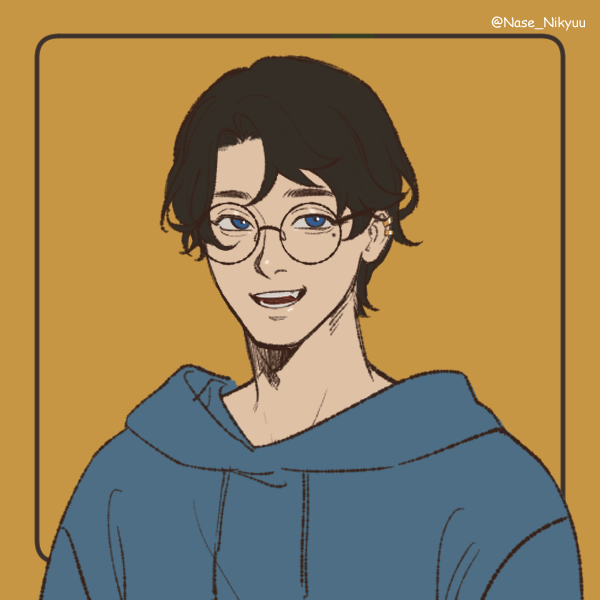 Appearance: Dark hair, one eye that’s half blue half brown, one blue eye

Story: I was the first of my family to be a Ravenclaw. How disappointed my father was, it hurt knowing I would have to tell him I wasn’t under the usual family house. However, now that I look back, making him mad was kind of fun. I came here because my whole family came here, and I’m proud to say I’ve done better than my parents ever did. I'm sorry if I scare you, I'm told I'm intimidating, and those who say so are probably right. But I'm also goofy, and I'm kinda mean to be honest. But I have a soft spot for people I like, and I'll probably flirt with you. Scratch that, I will flirt with you, if I like you, of course. ~ 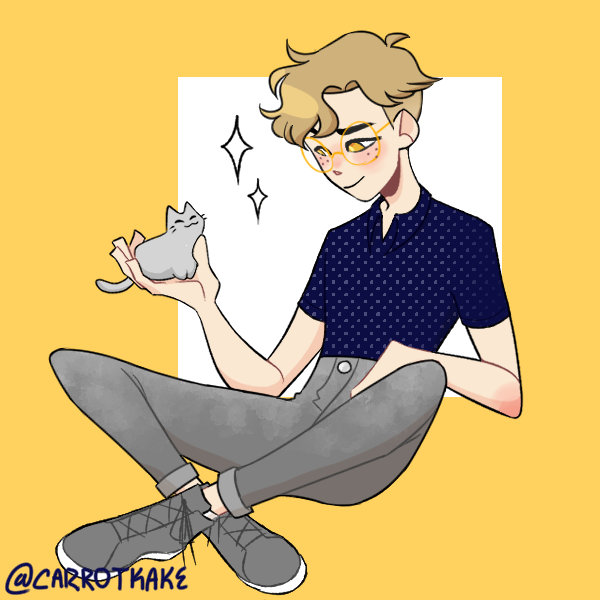 Story: Where to start...I was raised by a single mom in England, my dad died when I was young. I got my letter to Hogwarts, which my mom was actually pretty excited about. She took me to Diagon Alley and helped me buy everything, we were both so in awe of the place. I came out as trans to her via owl in my first year, she was very happy. She asked me what finally pushed me to tell her, since I'd known for so long, and I told her how the girl's dormitories had rejected my entry here. I'm the founder of the Queer Young Wizard's Club, Dumbledore's our overseer, and I'm also one of a few of the members of the club responsible for talking with the younger members about their identities and attractions, helping them figure out who they are. It's a lot of fun, and I get to help young kids become who they really are. Enough about that, though. I'm a very good student with a passion for music and art in general. I would like to become an animagus eventually, and maybe I'll continue being an LGBTQ+ kids counselor in the future. 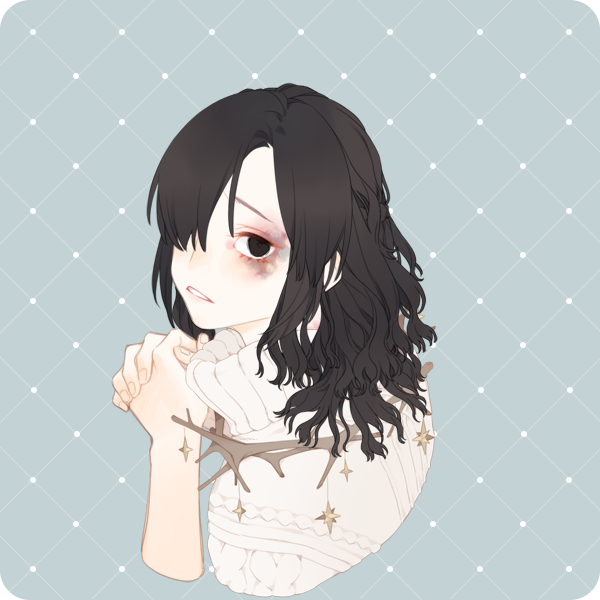 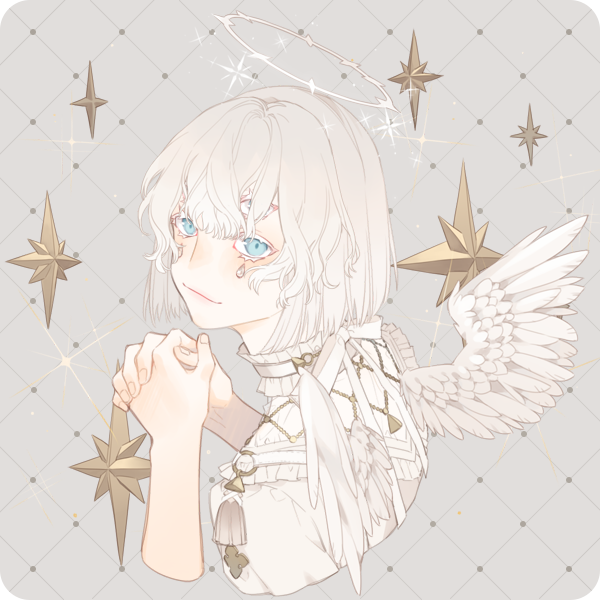 “Made up name”-Peter Parker: Seraphim

Story: Alexis was born into a very religious Christian family. As the middle child, she was very outspoken and rebellious, and eventually began to doubt her beliefs and entire existence. When they met Seraphim, though, her heart was changed. She became the most close to her beliefs in the entire family, literally. Seraphim, however, was born into the royal line of King David and Bathsheba as a princess until she died tragically while fighting for the kingdom of God against the evils of the world. After the death of their body, God saw her efforts as a mortal, and Seraphim's spirit was given the gift of another chance to fight for the Kingdom. He sent them down to find someone willing to take on her spiritual and supernatural abilities. So yes, Seraphim and Alex are two different spirits. Story behind name: Their powers are similar to that of a seraph and 'seraphim' is a plural form of the word 'seraph' (which fits with seraph's gender identity of being more than one, or an undefined, expression of gender). Seraphim pronouns: Any, preferably They/them/themself, it/its/itself or Seraph/seraphs/seraphself. However, when referring to the princess seraph was in it’s mortal life, her pronouns were she/her/hers. Powers: Flying, able to manipulate flame, able to create flame out of thin air, able to calm people and bring them to an extremely relaxed state(eg. able to make the enemy fall asleep or unable to move