Hair: Platinum Blonde (Closer to a white rather than a blonde)/ Waist-length
Eye colour: Light Hazel (Appears as a very light brown)
Skin tone: Light and freckled
Height: 5' 5"
Age: 16 (changes if needs be for RP)

Sexuality: Straight
Relationship: In a relationship with Samuel Black

Pets: Snowy Owl (Named Gatsby. Yes the owls name is Gatsby.)
Accessories: A silver necklace with a ring as the charm

~Backstory~
I was the second child born into a loving couple in the muggle streets just outside of London. I never thought my family was peculiar, until one day. When I was four, my mother had disappeared without a trace, not taking any of her belongings, nor telling neither me nor my father where she went. However, a month into an investigation on where she went, a post card showed up in our mailbox from France, then Spain, then Cuba, and the list goes on. The first card had the necklace attached to it and from then on all of the cards signed with one thing, "Love, mom." From that point on it was just me, my brother, and my father, living in a small townhouse just outside of London, that is until I got my Hogwarts letter. I had never known about the Wizarding World before that point and had assumed my father hadn't either, however he was fairly stern about not wishing me to attend Hogwarts. That is until I had to practically beg him to let me go and even then he was wary, telling me things about magic being terrible and lowly. Nonetheless I attended Hogwarts the next year, finding out about my mothers family history and her relation to the Zabini bloodline, which is why I took on the surname for myself, wishing to leave behind my muggle life while I attended the school, though it was hard when every holiday my father would remind me of the horrors of magic and what it did to my mother... 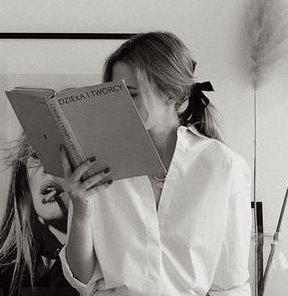