You are Venus, birthed from the seed of Titans and primordial parenticide. Queen of a hundred hearts, forged from bone-crushing stone and steel.
Followers (0)  Following (20)  Friends (0) 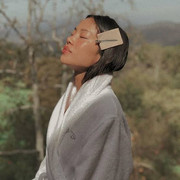 As a child, Atlas had an affinity for trouble, including squabbles with her sisters and other children her age. She rarely resorted to violence, her tongue was her weapon and she wielded it with such expertise, that she found herself under attack of the older brother of one of her victims. In an attempt to defend herself at the age of 7, she sprouted retractable claws, slicing into the arm of the older boy before his fists found purchase.

With her metamorphmagus ability, Atlas would excel in Transfiguration, with an innate ability to understand how to transform one object to another, she has a keen understanding for the matter and state of an object as well as what is required in order to perform the spell. Concealment and Disguise is another course that she would excel in should she continue with Auror Training. This comes in handy during Halloween, since she does not have to affix different appendages to herself to appear as something else. 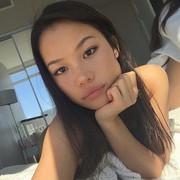 She found school incredibly tedious, slow, and draining despite how un-stimulating her classes were. She moves through life that remains a somewhat forthright, straight path, undulating and generally easy for all the opportunities her fortunate and privileged circumstances provided. She was always a gifted child, her talents nourished by parents who threw money at lessons and tuition, but she never found anything to be of interest. As a precocious student, she grew dependant on easy victories, forming a love/hate relationship where she enjoyed the fruits despite the guilty lack of labor. Her tutors called her complacent where she excelled in her schoolwork despite putting in little effort. As she grew older, she found her accomplishments diminished and unworthy due to the lack of stimulation and challenges that required her to overcome. She halted piano, dance, and sporting commitments, dropped different subjects to pursue others, all a part of the stereotypical “Gifted Child Burnout”. A pattern emerged where she gave up at any endeavours if she was not immediately successful in it. Her imposter syndrome became full-fledged especially where she felt her triumphs were not her own, and thus undeserving of celebration and praise, despite her love of acknowledgement and approval. 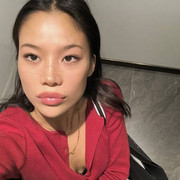 There were those who thrived in vanity. From the moment their first cry bubbled up out of their gummy mouths and blubbering, infantile lips, they were coddled, idolised, smothered with admiration and wonder. They gripped the world in chubby, wilful fists, and knew instantly of their sovereignty. Their dominance would come to surmount any and all repudiations in their years ahead. They demanded reverence, commanded veneration. Atlas was the jewel of her well-established family. Vanity was intrinsic to her heritage, and none of her blood hid it well. Flaunting solid gold bracelets, ivory and mother of pearl, imported silk, ornaments and jewels. To be nurtured in such extravagance proved destructive, when the foundations of her person crumbled after her father and brother’s arrest, for their purported associations with the Triads.
Numbed to the trauma of witnessing the two men of her family placed in cuffs and dragged out at gunpoint, her lust to reclaim power entombed her. Growing up without male figures had its merits. The women of her family had an unspoken sisterhood, guarding each other ferociously despite their constant rifts and arguments.