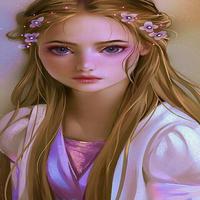 Please note that my profile pic is what my character Malina Marquee would look like. When I want to say something in OOC I will put it in Parenthesis!
Followers (89)  Following (63)  Friends (62)


Personality:
Enjoys being the center of attention. She likes when people pay attention to her, rather than someone else. She needs all eyes on her. She has a bad habit of lashing out at the person who is getting more attention then her. She will become rude whenever she is around them and will tell lies about them until no one wants to be near them.
Hates being alone and ignored
Can easily make friends but it takes awhile for them to be considered close friends. She already has close friends that she trust back in Spain, so it would take her longer to trust friends she has made in England due to already having friends she trusts. It would take her being around them for long periods and slowly opening up to them over time.
Finds amusement in changing her appearance to fool others.
Has a very short temper which can cause arguments with Professors and other students
Very vain and constantly has her face in a mirror making sure her hair and makeup are perfect.
Constantly needs to be the leader and hates being second best. If she isn’t a leader of a group of friends or picked to be a leader on an assignment, she tends to get angry and rude. This can cause problems and fights, if she angers the wrong person.
Does not outwardly show emotions that would be considered weak. Malina thinks that by showing emotions like sadness, makes a person weak. That is one thing she never wants to be considered...is weak.


Backstory:
Malina was born and raised in Spain. Her and her family lived in Spain until Malina was 10 years old. They moved to England after Malina’s father received a job opportunity in Wizarding England. Malina has two younger siblings, both boys. Her family was not touched by the last wizarding war due to being in Spain during the war. Malina had heard about it but not been subjected to it. Malina’s parents are blood purists and tend to stay away from muggles and muggleborns. Her parents can be quite cruel and only speak to Half Bloods if necessary. Malina on the other could care less what your blood status is because she can find other reasons to hate someone. Malina and her parents got along really well, even with their differences in blood status opinions. They are always there for her when she needs someone to talk to or a shoulder to cry on. Malina had a few friends in Spain that she could consider her best friends, so the move to England left her missing them very much. However, she does still keep in touch with them via owl.

Malina received her Hogwarts letter a month after her Eleventh birthday. She was very excited about getting her letter and it showed when her hair changed every color in the rainbow...literally. This wasn’t the first time her hair changed colors on its own. It had been happening since she was seven years old when she first discovered her magic.. Malina’s hair would change colors on its own, without her control, if she was feeling a strong emotion, like excitement or anger. It was the one thing she disliked about her hair, due to it being easy to read certain emotions. However, she can usually control it. Her parents took her to Diagon Alley the day after she received her letter to get her school supplies. Malina was sorted into Slytherin and has been enjoying her first year of Hogwarts. Her favorite classes are Potions and Charms.
Accio Profile Posts...