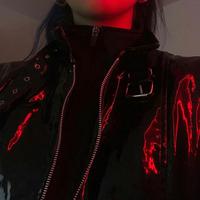 ➌ BACKSTORY.
☉ A potion-making prodigy, Vivian's promising future was cut short during a hit-and-run. Despite her death occurring within the Muggle world, her spirit made its way to Hogwarts- most likely because of the emotional attachment she had with it after years of studying there. Her ghost stays within the walls, hearing things most would like to remain private. However, she keeps to herself for the most part, only socializing with her former teachers and anyone she was close with before the incident.
Accio Profile Posts...