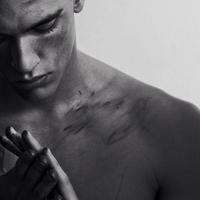 Charlie was adopted from an orphanage in Belfast by a muggle and her magical husband who sought out a child. His real name is Liam O'Carrick, but was changed by his new parents The sorting hat couldn't decide between Slytherin, Gryffindor and Ravenclaw for just over six and a half mintues before finally placing him in Slytherin. He has an Ashy Faced Owl named Rain, but she comes and goes and he's always liked CoMC, DADA and Potions the most, and hated History of Magic. Mcgonagall told him had gift that most people don't have- an intelligence of sort that the majority of people can't begin to grasp, whatever that meant. He's in the Quidditch team and plays chaser as a sub, but is mainly focused on climbing which he does out of school. In the future he's thinking of working as an Auror or something in that line of work, but what he loves most is being outdoors. Whether its climbing, hiking or anything else...He feels remote places make him the most happy.