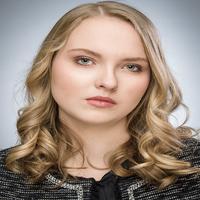 Having a mother as an Auror, it was a bit of surprise to her when I informed her of my dream of becoming an actress. Growing up, I attended a muggle online private school, receiving straight A's (O's) in every class. Muggle schooling was fun but when I received my Hogwarts letter, I was over the moon. Now I am at the top of my class and am enjoying every second at this school. Outside of academics, I strive to build up my resume in hopes of making it in both NYC, and LA. Notable theatre credits include: August: Osage County (Jean Fordham), Beauty and the Beast Jr. (Lumiere), The Comedy of Errors (Dromio of Ephesus), The Lion The Witch and The Wardrobe (Lucy Pevensie), James and the Giant Peach JR (Ladybug), Into the Woods JR (Cinderella's Stepmother), Peter Pan (John Darling), Sleeping Beauty (Maleficent), Annie (Annie), and Les Miserables (Young Eponine/Gavroche). I have also starred in a short film titled Halfway House in a supporting role known as Party Girl. After I graduate, I plan on attending The Wizarding Academy of Dramatic Arts, and also hope to one day come back here and teach.
Accio Profile Posts...