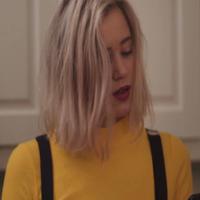 **Just a quirky, socially awkward Hufflepuff** I come from a pureblood family of Slytherins, well known former Death Eaters. However, I was adopted at age four by a nice, elderly squib woman named Aggie. To make sure that I don't follow in my parents' footsteps Aggie has always put a lot of pressure on me to be as close to perfect as I can be. I love Aggie, but sometimes it's hard to never know my true parents. It's also hard for me to make many friends as Hogwarts considering I've always been different from the rest of my house, but I've never fit in with people from other houses either. My favorite class is Herbology, closely followed by Divination. Someday I hope to write for the Quibbler. Some other general information would be that my wand is Apple wood with a Unicorn hair core 14 ½" and Surprisingly Swishy flexibility. My boggart is isolation and my patronus is a Kingfisher. My ammortentia is strawberry shampoo, old books, and a tropical ocean. In my free time I practice Quidditch; 01 - Keeper.