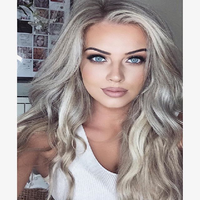 Liv Rowan was born into an old wizarding family in Scotland. Her father who is Canadian met her mother on a trip to the Isle of Skye. Her father is a Herbologist and her mother a Healer. She grew up surrounded by plants and potions and often tagged along with her parents on their adventures. She was a shy, inquisitive child. She studied at Hogwarts where she was sorted into Rawenclaw and excelled at Herbology, Potions, and Healer Studies. She also enjoyed Ancient Runes and Divination. She next attended the University of Strathclyde in Glasgow where she studied Muggle medicine to round out her education. She lived in Glasgow with her four Leonbergers and two Siamese cats until four years ago, when Professor Tudor asked if she would like to be her co-Professor in Herbology, to which she gladly accepted. In 2017, she took over for Professor Tudor in Herbology until she left in 2020.

Rowan Coats of Arms - Anno 1267
Rowan stands for greatness, intelligence and courage. Whoever bears this name comes from a pure and respected line. Those will the name Rowan are always respected.
Accio Profile Posts...