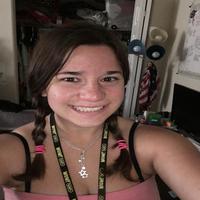 When I received my Hogwarts Letter that faithful day, I didn’t know what it would mean. At first I thought it was just a joke, ya know? My sister sometimes played pranks on me, or blamed me when some weird stuff happened around the house. How was I supposed to know regular pencils couldn’t write in all the colors of the rainbow? Anyway, my parents were going to go shopping in London anyway and they figured they would humor me. Boy, the look on their face when we stopped by the Barren Bulldog pub and the sign said “The Leaky Cauldron” instead! The innkeeper was an odd but friendly man, and there were some people to help show us around. The coolest part of Diagon Alley was picking up textbooks. I just love magic and the theories behind them! I might finish with “Quintessential Magic: An Introduction To Charms” before school even starts.
Accio Profile Posts...