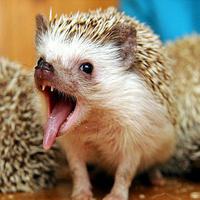 Bio: Everyone calls me Accio. Well, except for the teachers... It's not my real name, OBVIOUSLY It's a nickname. I earned it because I never want to get up to get anything. And so naturally, I'm sure you can guess which charm quickly became my favorite. I've been a student at hogwarts for a while now. The thing is though, I'm a lot older than the other students.... Reason being: I can't get enough of the classes! There are so many classes to take, so many castle secrets to discover, so much mischeif to get into! One can't simply do that in a mere seven years. So I've held myself back as a seventh year student for like the sixth time so far and have become decently known amongst the other students. I get along with most of them fairly well, but only have a few close knit friends, of which I share a dormitory with in the boys' tower. I am a beater on the gryffindor quidditch team and my favorite subjects are Care of Magical Creatures, Potions, and Defense Against the Dark Arts. I am absolutely fascinated with magical creatures and am obsessed with learning about how to befriend/care for them. My goal one day is to be a Care of Magical Creatures professor at Hogwarts.
Accio Profile Posts...