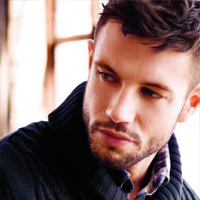 Occupation: Auror for Magical Congress of the United States

I was born in the city of Flagstaff, Arizona. My mother Sally was a pureblood and his father Elijah was a no-maj who both worked in the Lowell Observatory. Due to this, I always ended up being a natural born troublemaker in most cases. Both Sally and Elijah decided to use this curiosity to have me understand who I was in this world at an early age and coaxed me to embrace it - rather than suppress it. There were a few cases in my early days where I almost revealed too much to kids around me and my parents became pretty wary. My eldest cousin, Olivia would teach me when my mom wouldn't be around to teach me. I really looked up to Olivia, especially after finding out that she was an Auror for the MACUSA (Magical Congress of the United States of America).

Once I was old enough, they enrolled me into Ilvermorny School of Witchcraft and Wizardry as a first year student. I struggled with academics in some of my years, from my first to his third year - I found himself almost unfit for Ilvermorny. However, one particular professor decided to take me aside and teach me magic on his spare time. Instead of wasting time doing nothing, I spent every waking moment with my professor to truly understand what I was doing wrong.

Holidays at Ilvermorny was a perfect time for me to go home and spend time with family I honestly missed. At the same time, I also found it valuable to test my skills against Olivia. I kept in contact with her, hoping she'd give me guidance whenever she could. The rest of my years became much more bearable and easier in some cases. I earned top marks in certain classes such as Defense Against the Dark Arts and Charms. Neat, yeah?

Sadly, I quickly learned that Olivia had been gruesomely killed in an altercation with a dangerous wizard in Chicago, Illinois. This killed me inside and I became a little distant during those days. My last year in Ilvermorny was heavily geared towards building on my knowledge of spells such as charms and even counters. But after my professor found out what I was doing, he quickly pulled me aside - afraid that I was simply doing all this work out of 'revenge'. Instead of outright banning me from pursuing the knowledge I wanted, the professor mentally steered me towards the right direction. I'm thankful he did.

It took me at least two years till I qualified to even begin Auror training. Academically, I qualified - the rest was to be determined. I rigorously trained under the eyes of MACUSA and showed nothing less than my best. Eventually, I was accepted as an Auror for the Magical Congress and I'm still one. But my greatest burden is not being able to find out who exactly killed Olivia, I'm working on it.

There's honestly only a few reasons why I wouldn't be in the United States, usually to simply oversee something. My jurisdiction is only limited within the American borders, so I'm usually sent to magically prominent countries such as Scotland and Germany to observe. An example of this is where I had consulted with Auror trainers to ensure that MACUSA doesn't fall behind on the recruits they spit out.
Accio Profile Posts...