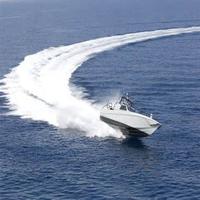 I was sorted into Slytherin, the same as the rest of my family was for as far back as I can remember. I was almost sorted into Ravenclaw, but in the end it’s my Slytherin qualities that win out in the end and it’s where I belong. My favorite classes are Astronomy and Transfiguration while my least favorites are Herbology and Care of Magical Creatures. I guess I’m just not one for nature or the outdoors. I’m a pureblood and no one in my family has married outside our blood status. Although it doesn’t matter so much to me, my family are big supporters of blood purity despite the fact that these prejudices are dying out. I had yet to be born during the time of He-Who-Must-Not-Be-Named, being 16, but both of my parents and many of my extended family were Death Eaters and open supporters. My strengths are working hard towards a goal and not giving up on it. I keep myself in good standing and my reputation is very important to me. Some weaknesses I have are trusting and really getting close to people. After graduating school I will most likely go into politics, although I don’t know yet what beliefs I would stand for. I view magic as a way to shorten the distance between a means and an end. It makes life easier but is also a source of power for the bearer. Not that I would hold it over anyone without magic, this is simply how I view it. Magical talent can get you far but more important than raw talent is the work you’re willing to put into it. I plan to focus on my studies and make a name for myself in the magical world despite not having the strongest raw talent. I have an owl for practical reasons. His name is Percival and he’s very well trained. He is very efficient and not prone to acting cuddly or soft. What’s very important to my family is sticking together through thick and thin, presenting a united front to the world. We have a strong loyalty to each other. Despite their prejudices, I will defend them to anyone who dares remark on it.