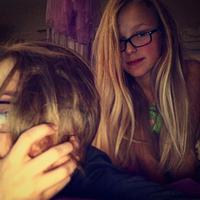 In 2003 a witch and a muggle with the names Kimberly Garvie and Jeremy Williamson were expecting a child. Soon on January 28th, 2004, Kaitlyn Shae Williamson was brought into this magical world. She was a raised as a muggle and had no idea that there was another world waiting to be discovered. She went to a muggle school till she received a letter at her mother's house and soon realized the whole world she had missed for ten years. Her parents are separated and her father wanted nothing to do with the magical world, yet with lots of persuasion Kaitlyn found herself at the Gryffindor table seven months later ready to explore the new world her ancestors grew up in.