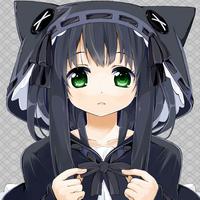 A dreamer born into a court of nightmares, forced to kill for her own survival. Her presence, now where the shadows linger.
Followers (14)  Following (18)  Friends (11)

Morgenstern. You might notice that's Latin for Morningstar. The devil's name. But I'm not like him. I will never be like him.
You might of heard of Valentine Morgenstern, you might of heard of his experiments. I was one of those, one of his experiments. He gave me warlock blood. It's why I'm able to be here. But he also cut off my wings. Abandoned me at birth. Killed my Mother. I should be with my own worthless kind, that what he said.
So I was raised by Magnus Bane, high warlock of Brooklyn. It was a nice life, thanks to him, I'm the second most powerful warlock of all time. Not that, that's done anything for me in the wizarding world.
When I was eleven, I got the letter like everyone else. I went to London, got my wand and brought myself an owl. Just like everyone else and like everyone else I'm now here attending Hogwarts.
Accio Profile Posts...