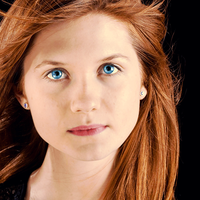 I'm a muggleborn second year student, and I'm really enjoying Hogwarts so far! I had been a huge fan of the novels before I got my letter, but of course I wasn't expecting to be able to actually come here! My parents thought it was a joke when the letter arrived on my eleventh birthday - they didn't see the huge tawny owl that delivered it - but I managed to convince them to take me to London anyways, where, they thought, they'd convince me that it wasn't real. Of course they were ever so surprised when I could see the Leaky Cauldron, and even more surprised when I took them inside and we found ourselves in Diagon Alley. A goblin named Gornuk gave me the regular fifty galleon bag for muggleborn students, but I decided to set up my own vault anyways. You have to be seventeen, so it's in my parents' name, but I have the key and it'll be mine when I come of age. I left ten galleons in there for the future (I don't know if wizarding banks have interest, and to be honest I was too afraid to ask, but it's worth a shot). I've already finished "Hogwarts: A History" - it came in useful during Harry, Ron, and Hermione's times at Hogwarts, so I thought I'd better at least look it over. It turned out to be very interesting - apparently, according to legend, the Pensieve in the Headmistress's office was found half-buried in the earth on the very spot that the four founders decided to build the school! If so, then it's over a thousand years old! After buying my schoolbooks, I visited Potage's, Wiseacre's, the apothecary, and Eyelope's, where I bought a beautiful barn own whom I've called Hengist, in the hope that I'd be put in Gryffindor. Finally, I went to Ollivanders. I felt a little bad about it, but I made my parents and siblings wait outside. I felt that I should do this alone. It took nearly fifteen minutes to fid the right wand - I must have tried twenty wands or more. There was so much to see - I remember best a little old witch with a funny scar down her left cheek, selling amulets (good for protection against werewolves, dementors, inferi, and lethifolds). She gave me one for free - I never was quite sure why - and though the gentleman in Wiseacre's Wizarding Equipment told me it almost certainly didn't work and might even be dangerous I've kept it anyways, just in case.