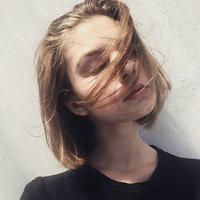 Elynor Fay McCrae was born into a Scottish-Italian Halfblood family whose talents focused on nature and the galaxy's secrets. She grew up in a loving household along with two sisters; one older, and one younger.

She does not sleep often due to sleep deprivation, so if you are of the same house as her, you will most likely find her in the common room near one of the windows, reading leisurely or sketching plants. Because of her 'minor health inconvenience' (as she so eloquently puts it), she can be quite clumsy in the mornings. There are times where she is irritable, so if you are one of the unfortunate souls to cross her path as this certain emotion engulfs her entire being, just keep in mind of the passive-aggressive comments that you will receive (she never means any of what she says in this kind of situation). She is rarely ever petty, unlike her younger sister. In fact, she is rather amiable and gentle to people around her. She is in between an introvert and an ambivert - she likes being around people, but there are times where she needs to recharge. Since she is mostly an introvert, she does not have any close friends. She does have acquaintances, however. She does not believe in discrimination, especially regarding blood and House.
Accio Profile Posts...