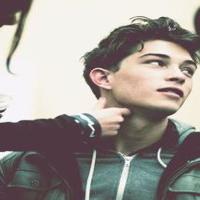 Wishing to be accepted as a Triwizard Champion

Unique traits: Has a cursed hand.

1000+ years since Salazar Slytherin was around, he was a interesting person and i could be related to him anyways i was raised as a half blood not knowing that i was a wizard, only knowing my father did bad things and my mother well she was out of the picture. This is my story:

At the age of 8 i was finding hard to pay attention in school as though it didn't seem right. Everything felt like it wasn't in place like a tilted picture frame on the wall. I was a child that came home to a father that was drunk and nearly never here. It was summer break and my dad didn't show up for a week, only to find out he was sent and exiled in azkaban for his dark works. I became alone, a orphan. But I've seen kids at a orphanage waiting on hope to be chosen. I ran only to come across a tall, lapis lazuli blue cloaked figure. That was the day my powers made sense, I was told what happened to my father and i felt a dark presence come over me, like it was him.

The day of my house sorting was a unusual day for me, I was the last to come as some knew my name from my father. I stepped up and when the sorting hat heard my name he yelled "SLYTHERIN!" there was no clapping from students only teachers. The rest was a blur

Its like a change every year, being more fond of my dad and being more fond of learning about dark arts even if it was defense class. I joined quidditch my fourth year as a chaser and i was decent too, I scored a lot as the agileness and the wind coming at my face made me feel alive.

I now stand alone, with a few friends but not many understand me.
Accio Profile Posts...