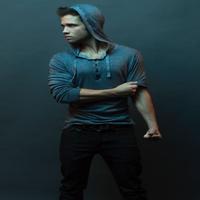 So here's the story.
My character came as Mike Tracer. But he was beaten by the Whomping Willow enough to knock him out. But the Ministry of Magic declared Tracer "dead." So began the birth of Edward Knight, which by Ministry standards, was only temporary until they were able to figure things out. But after a long decision, he was named Michael T. Knight, keeping his original initial. He is still only a fifth year. The only problem is, Peter Tracer, Mike's father, is unaware of the whole situation.
Accio Profile Posts...