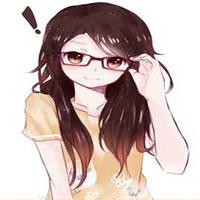 :-BACKSTORY-:
I can't tell you much; I don't have time.
Suffice to say that I was once in employ of the Ministry - their youngest Magical Defence Lawyer ever. Still at Hogwarts, too; I took the job illicitly, hoping that it would boost my career, maybe even help me with my exams. But then it went wrong.
I can't trust anyone outside the Phoenix. The Ministry are after me, and I'm after the One True Light organisation. Between them, those two groups have ruined my life and killed my friends.
And I want revenge.

:-PETS-:
I am the proud owner of:
A Boobook owl named Laertes
A ginger kitten named Jinx
and
A Niffler named Nebuchadnezzar (but Nebby for short).

:-FAMILY-:
Although I am a Pure-Blood, I have no notable magical ancestors, but my Grandmother is a powerful French witch named Bianca Asti. When Grindlewald rose to power around Europe, she hid people who spoke out against him, and led her town into a rebellion. My Grandfather was a German Auror who attempted to capture Grindlewald when he started attacking Muggles in Germany. My grandparents and my parents also fought against the tyranny of Voldemort by helping with overseas information for the Order of the Phoenix. I grew up in a small villa in Italy until I was three, when I moved to Yorkshire, my Mum's homeland. I then grew up running free on the moors, practising spells and caring for animals until my Hogwarts letter came.

:-WAND-:
My wand is maple wood, with a phoenix feather core and an unyielding flexibility. I was ecstatic when I found that maple wood favours travellers, but phoenix feather cores have been known to do impulsive magic, so I will have to keep an eye on the creatures when they are around my wand!

:-YEAR-:
Fifth year at Hogwarts School of Witchcraft and Wizardry.

:-FAMILY MOTTO-:
'Facta, non verba.' (or 'Deeds, not words'.)
The Asti family motto was created by Alessandra Asti (nee 'de Devraux') in the year 1572 after the death of her husband, Lionel. To honour his memory, Alessandra created a motto based on his own personal mantra; that actions speak louder than words.

:-OTHER-:
Strangely, although my skin is exceedingly pale - like, vampire level pale - I never seem to burn or get cold. Not sure if that's 'the blessing of Apollo' as the ancient Greeks would call it, or what.
Accio Profile Posts...