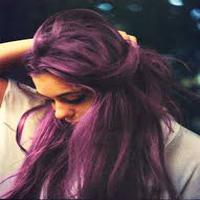 Hi I'm Delilah I draw a lot and I am in love with Hamilton some could say I am obsessed with it. You may seemy post some of my art on my page.
Followers (36)  Following (32)  Friends (18)

Delilah Winter. She was born to a pureblooded family. When she was young she would draw and Read books in her spare time. She discovered that she was a Witch at the average age a child discovered Magic. As she grew older she saw how the Pureblooded families were up to no good. She wanted to stand up for Muggles and Muggle Borns. When she turned the age to enter hogwarts, She was excited and nervous for her school begin. She hoped to be in Ravenclaw. She went to Diagon Alley with her mother, She got her wand, Yew wood with Phoenix feather core, Slightly springy flexibility. She didnt really speak with her Mother during her trip. She spoke to her father before she took off for Hogwarts. During her first year she was sent a letter by her mother. It had been bearing terrible news. He father had died, Her mother convinced Muggles or "Mudbloods" had murdered him in cold blood, Delilah on the other hand did not. She believed it was Lord Voldemort himself. Her father never really liked to obey rules. Her mother and father hated Muggle Borns and Muggles. They became DeathEaters. Killing innocent Wizards and Witches to please their lord. Delilah was disgusted. She couldnt believe what her parents had done. Being their only child she was destined to become a Death Eater like them, She guessed that was the reason the Sorting Hat decided to put her into the Slytherin House. Her Suspicion of the Dark Lord, made her research all she could to find out who was her Father's real Killer. She still reads and draws in her spare time. Delilah is now 16. She doesnt usually go home for Hogwarts Holidays. She aspires to be an Auror or an Alchemist. Her favourite classes being Defense Against The Dark Arts and Potions. Her least favourite being Charms and History of magic.

Delilah's full name is Delilah Azalia Winter.
Her Age is 16.
She has light brown hair. Sometimes using magic to change it to more fun Colors.
She has Hazy Brown eyes.
She is Artistic, Kind, A Muggle Lover, Bookworm, Music Lover, and Usually Quiet.. Until you get to know her.
She is Bisexual.
At the moment she uses She/Her Pronouns. Though she is Questioning.