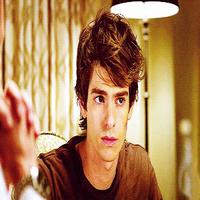 Remus attended Hogwarts and was Sorted into Gryffindor House. To secure his safety, as well as that of his peers, Remus would be brought to the Shrieking Shack once a month for his transformations in order to prevent him from attacking other students. However, this isolation caused him to attack himself out of frustration. This, and the painful monthly transformations, made the villagers of Hogsmeade mistake his screams for that of violent ghosts. Dumbledore, wanting to keep the truth of these noises a secret, encouraged these rumours. Thus, the building was dubbed the Shrieking Shack, which held the reputation for being the most haunted building in Britain.
Remus became the very best of friends with fellow Gryffindors Sirius Black, James Potter, and Peter Pettigrew. He kept his status as a werewolf a secret from all of the students at Hogwarts, including Sirius, James, and Peter, his fellow Marauders and future Order members. He made up stories to explain his monthly disappearances, such as that his mother was ill and he needed to go home to visit her. He was terrified that they would desert him once they found out what he truly was. However, Sirius, James, and Peter worked out the truth during their second year, and due to their acceptance of who Remus was, and their unusually strong friendship with him, they decided to learn how to become Animagi in order to keep Remus company during his transformations, as a werewolf is only a danger to humans.