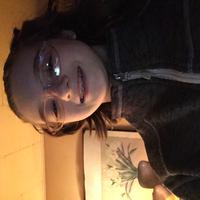 I was born on May 1st, 1999 to Luna Lovegood. I was homeschooled for a while until I was 16. Once I got my acceptance letter, everything went surprising! I was a very good wizard, and I do well in DADA and Herbology. Upon my first year, for some reason, I discovered my Patronus. Owl me if you have any questions! And, please ignore the other stuff on my backstory below, and the info for my second character. I made those in the past. Here's a little fact about me, Im an Animagus too.
AGE: 16
SCHOOL ATTENDED: Hogwarts(2017-present)
OCCUPATION: Dumbledore's Army member, Quibbler writer, and STR President.
RELATIONSHIP STATUS: Taken by Christopher(Alejandro) <3
PET(S): Fire Wolf(Fang), Chinchilla(Jumper)
PATRONUS: Wolf
ANIMAL FORM(ANIMAGUS): Wolf
MY CHARACTER INFORMATION ON HIH
Age: 14
Siblings: All daughters and sons of Draco, including Jacob and Isabelle
School Attended: Hogwarts(2017-present)
House: Gryffindor
Hybrid House: Slytherdor
Cousins: Severus Snape, Harry Potter
Blood: Halfblood
Occupation: Student and Animagus, Auror for Ministry Of Magic, Professor and Headmistress at Feedwarts, Magizoologist
Pets: Frisk the Cat, Stonefeather the Augurey
Father and Mother: Draco Malfoy(Father), Astoria(Mother)
Aunt: Melissa Malfoy
Patronus: Wolf
Animagus Form: Same as Patronus
Crush/Boyfriend: Christopher(Alejandro)
Sister: Hope Malfoy Sagara
Wand: Hand-part made of black tree bark, Core: wood, rest and tip are made of normal wood
Member of: CAPSLOCK FAMILY
RANDOM NICKNAMES
. Pyromaniac Partner-In-Crime-Logan Griffen