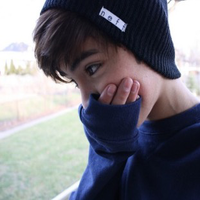 Heyo, my name is Crimson! My actual name is agate, or red agate.. but that's kinda weird so I am called by my middle name.I live in the Forbbiden Forest with my family. It might sound strange but it's not. We aren't wizards and witches, or werewolves for that matter. But we aren't muggles either, we are our own 'species'. My parents are still alive but I don't see them as often as I would like. When I was born in North America I traveled here with my family. We aren't often seen, but like to come out by the river. I sincerely hope to see you around, don't come looking in the forest for us, that would be bad..