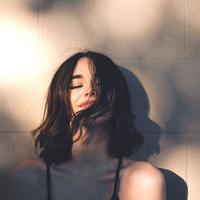 
Tanis Rose Steele
1st Year Student at Hogwarts
Slytherin
Wand: 12 ¾ inches, Ebony Wood with a Dragon Heartstring Core, Unyielding
Patronus & Animagus: Red fox
Birthday: August 12
Age: 11
Gender: Female
Pet: Persephone, a snowy white cat with heterochromia (two different coloured eyes, one blue and one green). In addition, I’m currently secretly raising one of the two Hippocampi eggs my cousin and I found abandoned, in our dorm’s bathroom sink. It’s getting hard to keep the other girls out while we wait for the eggs to hatch…
Career Aspiration: Healer/Auror
------------------------------------------------------------------------------------
Hallo! My name is Tanis and here’s a bit about me:
I was born and I grew up in London with my family. At first, it was Mum, Dad, my older brother Spencer and me. Then my little sister Raine was born and Dad unexpectedly left us. Spencer and I are guilty about it, but even though we are older now, we still blame Raine for his disappearance.
My family is Pureblood, but we live differently than other Purebloods like my cousin Raven’s family, where they live in a lavish mansion and have house elves and the like, we live in a narrow two-storey house in a muggle neighbourhood.
A couple of years after Dad left, when Raine was nearly three, Mum remarried to Stephan Whitley…Things weren’t great after that.
Now, Stephan is often drunk and doesn’t care at all about any of us. He used to be an okay stepdad, but one day something just flicked a switch and he was a completely different man.
My brother taught me everything I know about jinxing, hexing and Quidditch before I even got to school, he was a good brother then, but now that he's graduated and joined Voldemort's Death Eaters, I'm not so sure he ever was any good.
But apart from the troubling backstory and the family issues, My cousin Raven Steele and I get around Hogwarts making jokes and starting prank wars. We both enjoy Care of Magical Creatures, and I think that Raven will take a career path to something very similar. I, on the other hand, aspire to become something of a Healer/Auror. I'd love to create a new job position on an Auror team as an onsite Healer.