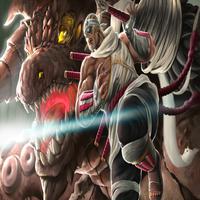 Well hello there leave a message down below if you want to rp anything from hogwarts life to fantasy.
Followers (50)  Following (65)  Friends (46)


When my uncle died they said it was a heart attack, but I knew better. My uncle was a teacher at Hogwarts during the industrial revolution as the muggles called it. Having been born to muggle parents I was hidden from the wizarding world's eye. It wasn't til 2010 did I really start manifesting and it wasn't all hugs and kisses. Two years in and I had already set the house on fire more times than my parents lit fires. It was during my 12 birthday when my uncle realized that we had the same gift when instead of blowing out the candles I turned it into a flamethrower. So he sent me to Hogwarts as soon as possible. And one year into Hogwarts I had already secluded myself even from the other students when I turned my hair from its short dark brown into a longer bleached blonde so white it could have rivaled the Lovegood's. And now, my uncle is dead and this is only my second year in school with every intent on catching his killer.


About me (cause that doesn't sound selfish):

Appearance: changeable [except for my eyes those only change from primarily green with blue to primarily blue with green. (literally like Nymphadora)]

Patronus: Timberwolf (gives off some red light. Believed to be due to fire affinity).

Affinity to fire (Literally. It is annoying.)

Blood Status: Muggle-born with a pureblood uncle (to those who don't understand my mother is a half sister to my uncle).

favorite things: manga, anime, Dr. Who, Dr. Strange, Lobo, Red vs Blue, RWBY, dungeons, and dragons, annoying June = ).
Likes: all things
Dislikes(if you make it on this list then mercy on your soul): Voldemort. June (Because she asked)

In most power based characters I have shapeshifting, creation, or enhancement based power.
Most weapons are two handed or dual wielding.
All characters are second to importance as yours but have a very set characteristic.