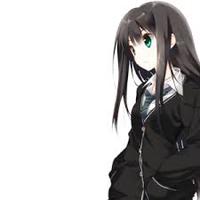 Family: Born into a pureblood family who were later killed when I was at a young age. After this 'incident' I was adopted by a long lost family member, Severus Snape who treats me kindly (in his own way).

House: When I was being sorted the hat had a hard time with me. He says that I would do well in Gryffindor due to my bravery, Ravenclaw because of my intelligence, Hufflepuff because of my kindness and ability to understand others and Slytherin because of my ambition and the way I often lie about my true feelings and oppinions. Eventually we came to an agreement and I was put into Slytherin despite my other qualities.

Personality: I'm kind and easy to get along with once you get past my almost cold and distant exterior. Once you have my trust and friendship I will always stand by you no matter what. I can be quite blunt sometimes but always remain calm.

Asperations: when I graduate from Hogwarts I plan on collecting and selling rare potion ingredients to other shops or hopefully own my own alchemy place.
Best friends: The Weasley twins (First became friends when I saw that they were struggling with a potion for one of their pranks and offered to help) and the annoying git of a ferret who you can't help but to love, Draco Malfoy.