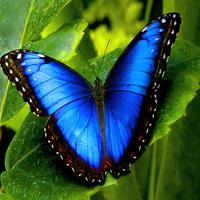 Muggleborn first-year student, and a proud Hufflepuff! My Ilvermorny house is Pukwudgie, and my Patronus is of a siamese cat :)
Followers (6)  Following (7)  Friends (6)

I'm a first year student in Hufflepuff. As a Muggleborn, I had no idea what any of the houses meant, except for chatter on the train. I learnt a lot about Harry Potter on the way here, and that his godson, Teddy Lupin, is a third year in Hufflepuff right now. The Hat took ages trying to decide between Gryffindor and Hufflepuff for me. I thought I would be there forever, and that they'd throw me out for taking too long on that little stool! The Hat finally ended up saying that my hardworking quality was stronger than my reckless courage, however, and put me in yellow and black. I've only been to a few of my classes so far, but I think I will like Astronomy the most.

As yet, my Muggle parentage hasn't caused me many problems, because (as I'm told) much of the blood purity nonsense was wiped out when Harry Potter won the second war. I'm so glad I came after the time of Voldemort. His reign sounds terrifying. I think upon finishing school I want to be a teacher, or maybe a Wizarding Astronomer. I hope I'll get there one day!