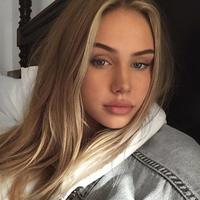 Magnolia Silverthorne was born to parents Storm Silverthorne and Nathanial Silverthorne.
Storm was born in Paris, France and met Nathanial when he was studying Herbology. Both of her parents attended Hogwarts School Of Witchcraft And Wizardry. They bought a house in Paris and got married. Soon after they got married, Magnolia was born. She first showed a sign of magic at under a year, when she was dropped out of a high window by a muggle murderer who broke into the family home. She was found on the sidewalk, unharmed and laughing. Unfortuanalty, her older brother was a Death Eater who broke into her house when she was 8 years old and blinded her. He killed her baby sister and then fled. She was educated in the ways of the world by her parents. She was an avid reader, as her family had collected Braille books. At her first year at Hogwarts, she met a fellow student who was an animagus and helped her become one. After lots of hard work, she became an animagus whose form was a snow leopard. This was at the cost of her grades, and they were low throughout this period. She is rather serious on the outside, but when you get to know her she is full of laughter and easily hurt by betrayal.

Appearance
Eyes: Bright blue, but she is blind. (Hard to do in some roleplays, might vary)
Face: Small nose, Full lips
Height: Short
Skin: Pale