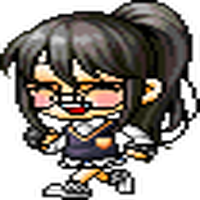 Full Name: Morgana Claire McDougan
Born: August 13, 2004
Occupation: Student
Biography: Morgana had a fairly easy childhood up until she was 6 years old. Her father died and her mother became more strict with her decision making. Morgana had no friends, because she had no time to make friends. She was busy "getting good grades" and "not acting like a child" (which she was at the time and still is now.) At least that's what her mother had said. "Friends are a waste of time." For the first time in Morgana's 6 years of life, she had disagreed with her mother. So she set off to make friends. But as the years went by, things got harder. 8 years old: "Freak! Weirdo! Smartie! inferior! Woman!" are just a couple of cruel names the children would shout at her. Now she understood why no one wanted to be her friend, because she was a freak. A nobody. Uncool. Morgana still didn't retaliate back to any of them though, because she still believed in them all.That was a great trait of Morgana's. Believing in everybody and never loosing hope in a person. As an energetic, smart, mature 12 year old young lady now. She still never gives up hope, even after her mother and father's death. They had gotten into an car accident, but Morgana wasn't phased. They didn't treat her right at all. She decided to live on her own, take care of herself and tell nobody. She already had a little job at the post office next door stamping things for 2$ a day. And her parent's leftover money. She would do just fine. When she got her Hogwarts acceptance letter though, everything changed. She jumped up and down in joy. She knew magic was real. Her stupid muggle mother and father always making fun of her in believing the "unreal." but now,

She knew it was real.
Accio Profile Posts...