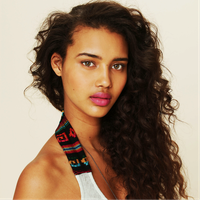 "Albus Dumbledore, prior to his self-calculated death, had a personal and political agenda to benefit and rectify himself and his mistakes"
Followers (22)  Following (71)  Friends (19)

I was long-distance immediately sorted into Slytherin House at 11 years old. On arrival at Hogwarts following the Sorting Hat’s restoration I was hatstall sorted into a different house – Hufflepuff. The professors I have consulted and I believe that the amendment must be due to the significant change in character I have undergone through my adolescence. However I am hesitant to discount my character during valuable formative years of my youth and, considering traditionally students are sorted into their respective houses permanently at 11 years old, I believe myself a Slytherpuff.

The reason I chose to officially enlist myself into Slytherin House here at Hogwarts rather than Hufflepuff House is due to the Slytherin’s acclaimed reputation for being the all-around party and sex House, a demographic that I am interested in being a part of and adding to. Mixed-gender dormitories and gender-neutral and shared facilities have a certain appeal for myself. The resulting consequence, though, is that I often display more customarily ‘Hufflepuff’ qualities around my peers than normal. Conversely, with it being the 21st century, inter-house relationships have fortunately become more accepted and appraised.

I enjoy all my classes and look forward to acquiring as much education as I can from my teachers. The only class I seem to have a history in my past schools of difficulty in is, curiously, Divination. I do particularly well in Muggle Studies, having grown up in the muggle world myself, however I find it quite dry and only enjoy it when combined with a private study of the philosophical aspects of a wizarding world’s perspective on the muggle world. I feel that the most fascinating aspect of magic is the philosophical angle the wizarding world can have of time. Apparition is quite fascinating, and lingual histories and etymology capture my attention often as well.

My historical ties to wizards are vague and scarce, genetic jumps in magic providing an ambiguous background from which I know one thing for certain – I am a muggleborn witch with Creature ancestry, rare but apparent. I do come from a family of predominantly Gryffindors (boring) and Ravenclaws, so when I was sorted into Slytherin and subsequently Hufflepuff it came as a surprise and warranted a certain adjustment. I can only hope to continuously break barriers and widen perspectives around me.

I am content to say that my blood status has only affected my life in the wizarding world as much as my racial background, gender, and sexuality have. Following the defeat of Voldemort in 1998, life in the wizarding world has understood great change socio-economically. As I was born in 2001, I have never known what either times Lord Voldemort rose to power were actually like.

I like to think my greatest strengths are my ambition, my passion, and my philosophical mind; however more importantly my greatest weaknesses are my difficulty finding motivation and my procrastination habits, along with my deadly sin, Pride.

Excelling in Charismatic Studies and Manipulation (two of the subjects offered at one of my previous schools, Beauxbatons), it seemed fitting to promise my life to Diplomacy and International Relations. I am frequently in contact with all the European Wizarding schools and regularly and visit with officials to communicate concerning and discuss the importance of my future career and opportunities after I finish school. After I complete my Seventh Year here at Hogwarts, I will be advancing onto a post-secondary education tertiary level of magical study.

I have no close animal companions other than the owl I received on my 11th birthday as per tradition to keep me in contact with whomever I require. I nonetheless adore familiars and hope that in the future I will settle down with a cat.

When I’m not studying you can probably find me in any House’s Common Rooms socializing, in the Great Hall, or roaming on the grounds with my closest classmate Alma Elizabeth Adams and other large groups of friends. Ever since my days learning and playing as one of the Beaters in Quidditch at Durmstrang I have had the utmost attraction to the sport, and some of my personal favourite manuscripts and texts found in the Hogwarts Library include The Tales Of Beedle The Bard and Quidditch Through The Ages. I am excited for the opportunity to become a School Prefect in the future during my Fifth Year.