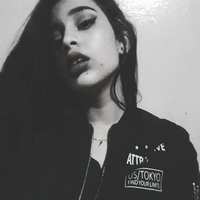 I'm a Metamorphmagus witch and Magizoologist. I come from Merpeople descendants.
Half Blood.

I was first intrigued by magical creatures since always and I have an affinity for crystals and water. After Hagrid introduced me to Hippogriffs (probably my favorite creature along with Thestrals and the Erumpent) It got me really fully into it. After reading Newt Scamander's "Fantastic Beasts and Where to Find Them" I knew what I wanted to do.

I've always have that love, curiosity and intrigue by these creatures. My wand is made of Chestnut wood (beign a multi-faceted wood) wich is attracted to witches and wizards who are skilled tamers of magical beasts, those who possess great gifts in Herbology, and those who are natural fliers.

I'm an artsy being, passionate about singing, music, mythology and sometimes writing, I have two cats, a tabby one named Luna and a calico-ish named Kira.

Appearance: Fair skin with faint freckles along nose and cheeks, rose gold-ish hair and hazel/green eyes. As for height, pretty average in general, though the majority of my friends (ladies specifically) are less taller than me. I have gold-ish bronze round eyeglasses, I'm pretty blind.

Personality: Tough I'm usually quite outgoing, I have difficulties to make actual friends, I have little filter when it comes to speaking.

✾ Curious fact: I once had a Thestral as a Patronus.